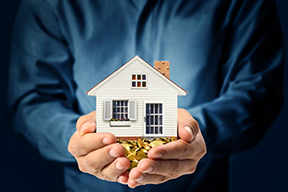 The residential nil rate band means you can pass more wealth to your family tax-free. It started on 6th April but the domicile reforms were put on hold.

The UK tax year that started on 6th April introduced a new Residential Nil Rate Band for inheritance tax. Changes to the domicile regime were also meant to come into effect then, but these have now been put on hold until after the June General Election.

Liability to UK inheritance tax is based on domicile, not residence. If you are a UK domicile, or are deemed domiciled under HM Revenue & Customs rules, your worldwide estate above £325,000 is liable to tax at 40%. Assets in the UK are liable regardless of domicile.

You can live in abroad for many years and remain a UK domicile. It is however possible to adopt a domicile of choice in countries like Spain, Portugal Cyprus and Malta if you cut ties to the UK. The rules are complex so you need specialist advice.

From April 2017, a new ‘family home’ allowance is added to the standard £325,000 nil rate band. It applies to residential property you have lived in and are leaving to children and grandchildren.

This is a welcome reform but there are limitations. It only applies to one residential property, and only where received directly by descendants. This excludes discretionary and some other trusts. Estates worth over £2 million receive a smaller allowance, and those over £2.2 million do not receive any RNRB at all.

The UK’s Summer Budget of 2015 had included various changes to the non-domicile regime which would result in more people paying inheritance tax. They should have come into effect on 6th April 2017, but on 25th April the government put these on hold until after the June election.

The reform would have meant that those with a UK domicile of origin returning to live in the UK for over a year would be deemed to be UK domiciled, making them liable for UK inheritance tax on worldwide assets. Other changes meant to apply from April 2017 would have reduced the deemed domicile period from 17 to 15 out of 20 years, and made ‘enveloped’ UK residential property liable to inheritance tax.

We now have to wait and see what happens after the elections, though we would expect these reforms will go ahead at some point.  Read more about the domicile reforms and changes to the Finance Bill.

Cross-border estate planning is complex with many pitfalls. Ask Blevins Franks to clarify how the new rules affect you and to establish the most effective estate plan for your family.