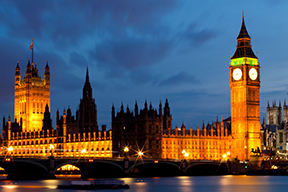 Changes to UK’s domicile rules due to start on 6th April 2017, which could affect inheritance tax planning, are on hold till after the elections.

Changes to the UK domicile regime have unexpectedly been put on hold in the lead up to the snap General Election in June. Other reforms also got the axe, though is likely to be temporary.

The UK government removed these clauses from the 2017 Finance Bill on 25th April – 19 days after they were scheduled to start. The original draft was 760 pages, making it the longest finance bill ever. The cull reduced it to a much more manageable 140 pages.

The key clauses affecting British expatriates that have been removed are:

Protection of overseas trusts – Affecting those with a UK domicile of origin who returned to the UK after acquiring a domicile of choice elsewhere and settling a trust, the trust would no longer be excluded property while the settlor is resident in the UK, and so would become liable to inheritance tax. Since this is on hold, such trusts remain excluded property for now.

Money Purchase Annual Allowance – The amount that people who are already drawing their pension can put back into their pension tax free was due to be cut from £10,000 to £4,000.

£1,500 pension advice allowance – The ability to withdraw up to £1,500 from a pension fund tax free to pay for advice will now not be applied.

Personal Portfolio Bonds – laws changing the definition have been dropped.

High chargeable event gains – The new law allowing an individual to appeal against tax when a withdrawal from a bond creates a high ‘Chargeable Event Gain’ has been dropped.

It is unclear what will happen going forward. A new government could either keep the changes and implement them in a future finance bill, or revise or scrap some of the reforms. The next finance bill should be issued later this fiscal year, especially bearing in mind some of the clauses were supposed to have taken effect from 6th April 2017, or in 2018 or beyond.

The Financial Secretary stated that, if re-elected, the government will legislate at the earliest opportunity for the dropped reforms, but did not confirm whether this would be to the original timetable, i.e. 2017, or postponed for a year.

One reform to survive the cull was the surprise new 25% levy on transferring UK pension funds to Qualifying Recognised Overseas Pension Scheme (QROPS), announced in the spring budget. This tax remains in place.

It only applies to transfers taking place from 9th March 2017 onwards. And you escape liability if both you and your QROPS are in the European Economic Area (including Gibraltar for this purpose) or you are both in the same country. So if you live in Spain, France, Portugal, Cyprus or Malta and are transferring to a QROPS in say, Malta or Gibraltar, you are not affected.

Liability lingers for five years for transfers from 9th March 2017, so if you relocate outside the EEA during that time you risk taxation.

This was a previous announcement, on 20th April. The government had announced plans in February to change the probate fee system, so that the current flat rate fee of £215 (£155 if using a solicitor) would be replaced by a tier system. Lower valued estates would escape fees altogether, but those over £50,000 would pay much higher fees. Estates over £1 million would pay between £8,000 and £20,000.

This has been scrapped for now, because there is not enough time to be passed by parliament before the election. This was quite a controversial reform, so it will be interesting to see if it goes ahead.

If you were going to be affected by any of these reforms, particularly the domicile ones, keep in touch with your wealth management adviser to remain up to date. Domicile is a complex enough issue, without the uncertainty caused by putting the reforms on hold. Getting domicile planning wrong could easily result in larger tax bills, so specialist advice is essential.