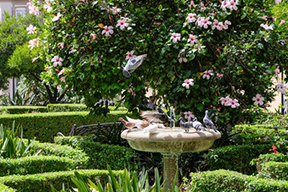 The Andalucía region has introduced a new 99% tax relief for Spanish succession tax, for spouses, children, grandchildren and parents.

The Andalucía region has introduced a new 99% tax relief for Spanish succession tax, for spouses, children, grandchildren and parents.

If you live in Spain or have Spanish assets, it is likely that your heirs, or even yourself, will be affected by Spanish Succession and Gift Tax at some point. Therefore, you need to understand how this tax will affect you and your family, and what steps you can take now to mitigate the impact.

And with recent reforms to the regional Andalusian Succession and Gift Tax rules, first in January 2018 and now in April 2019, you should review the latest rules and update your succession planning if necessary.

Unlike the UK, where tax is paid by the estate before an inheritance changes hands, in Spain it is payable by each person on the receiving end. Spanish Succession and Gift Tax (SSGT) – Impuesto sobre Sucesiones y Donaciones (ISD) – is due if either the asset being inherited/gifted is located in Spain or if the recipient is resident in Spain.

For Spanish assets, tax is payable regardless of where the beneficiary is resident. So if you leave your Spanish property, bank accounts, etc. to children living anywhere in the world, they will pay SSGT on it. For inheritances or lifetime gifts received by Spanish residents, SSGT applies no matter where the assets being inherited are located.

As a general rule, there is no blanket spouse-to-spouse exemption on inheritances or lifetime gifts in Spain. So if you are resident here and give any assets to your spouse (who is also Spanish resident), they will pay tax on it.

While there are some reductions under the state rules, they are just €15,957 for spouses, descendants and ascendants (with an additional reduction for children/grandchildren under 21). This does not include step-children, however, who can usually only receive the same €7,993 reduction as siblings, nephews and nieces, etc. Other heirs – including unmarried partners – may receive no reduction at all.

The state SSGT rates currently range from 7.65% to 34%. With additional charges based on the relationship with the recipient and their pre-existing net worth, taxation can reach 82% in very extreme cases.

Each Spanish ‘Autonomous Community’ has the right to amend the state rules, and many of them do so in favour of the taxpayer – and Andalucía has just introduced more reforms to make the region a very tax-efficient place to live.

In Andalucía, the personal reductions are the same as the state ones above, and tax rates range from 7.65% to 36.5%, with multipliers of between 1 and 2.4.

Also, the main home reduction ranges between 95% and 100%, depending on the value of the property.

In January 2018, a variable reduction of up to €1 million was introduced in the region for Group I and II beneficiaries (e.g. spouses, children, grandchildren, parents, etc.). This is for inheritances only (not lifetime gifts) and the amount includes the other reductions mentioned above, which need to be discounted from the €1 million. Note that this does not apply to beneficiaries whose pre-existing wealth is more than €1 million.

Now, from 11th April 2019, a new 99% tax relief has been introduced for Group I and II beneficiaries in Andalucía. This is in addition to the personal reductions, main home reduction, etc. This effectively means that when your spouse or children inherit from you (or when you inherit from your spouse or parent), only 1% of the SSGT bill needs to be paid.

This new 99% tax relief also covers lifetime gifts for close family members. However, gifts must be recorded in a public deed by a Spanish notary, and for gifts consisting of cash, money from bank accounts, etc. you will need to provide proof of source of the funds.

See the latest on 2019 income and wealth taxes in Andalucía

As UK inheritance tax liability is determined by domicile rather than residence – and domicile is an incredibly ‘sticky’ concept – it continues to affect many British expatriates. So you could be liable for both UK inheritance and Spanish succession tax on your worldwide estate, although the tax paid in the UK may be deducted from the Spanish liability on the same asset to avoid double taxation.

See five things you many not realise about UK inheritance tax

The latest Andalusian tax reforms are very good news for everyone living in the region. Take advice to understand how these rules apply to you and your family.  And remember, the new reliefs only apply to spouses, descendants and ascendants, so if you have other heirs, talk to your adviser about making your estate planning more tax efficient, for all your heirs and to cover UK inheritance tax too.

Every family is different, so you need personalised advice, based on your situation and wishes for your heirs.

Arrange review with a locally-based adviser