News / How does French succession law impact your family?

How does French succession law impact your family? 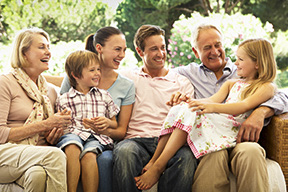 France imposes forced heirship, so you cannot freely divide your estate as you wish. You can now use Brussels IV to opt for UK law to apply instead, but this may have unexpected consequences.

France imposes forced heirship, so you cannot freely divide your estate as you wish. You can now use Brussels IV to opt for UK law to apply instead, but this may have unexpected consequences.

While there are many benefits to living in France, estate planning is not one of them. The laws are complex and, many feel, unfair. Having looked at succession tax last month, I now move onto succession law. This is rather alien for British expatriates and catches many people out.

Succession law in France is based on the Napoleonic Code introduced in the 1800s.  It means that a specified minimum proportion of your assets (worldwide moveable assets and French real estate) must pass to your children as follows (spouses are not protected heirs if you have children):

You cannot use your will to circumvent this, but you can leave the balance of your estate to whomever you wish in your will.

EU Regulation 650/2012, known as the Certificate of Succession or ‘Brussels IV’ came into effect in August 2015. Under this, the default position is that the succession law of the country where the deceased is habitually resident will apply to all assets (including real estate in other EU countries).  However, any foreigners living in an EU country can elect to apply the law of their country of nationality instead. This applies to all nationalities, not just EU nationals, so remains unaffected by Brexit. You have to state this in your will or similar document; your family cannot just choose to use UK law when sorting out your estate.

Brussels IV was a significant change for British expatriates in France who do not agree with forced heirship. But beware, there are issues you need to be aware of before rushing to choose UK law.

First of all, Brussels IV does not allow you to choose UK inheritance tax over French succession tax. If you are hoping to avoid the 35%-45% tax for siblings, or 60% tax for your spouse’s children or other non-relatives, it does not help in any way.  The French taxman, in fact, could be the biggest beneficiary of Brussels IV, as the more people who use it to leave assets to distant or non-relatives, the more tax he will collect. Take advice on how you could reduce the tax liabilities for your heirs.

Opting for UK succession law could have the unexpected consequence of making you liable for UK inheritance tax on your worldwide assets… as well as French succession tax (with any appropriate offset).

Normally, UK domiciles living abroad remain liable for UK inheritance tax. This does not apply in France, as under the UK/France double tax treaty, if you are a permanent resident of France you are liable for French succession tax on your worldwide assets and UK inheritance tax only on UK assets.

However, the treaty also says that UK inheritance tax would apply to assets passing in accordance with UK inheritance law. So if you opt for UK succession law to apply to your estate, then your assets could be liable to UK tax as well as French tax. You get credit for tax paid in one country, but the 40% UK tax may be higher than that due in France.

If you have carefully set up French arrangements to reduce succession tax for your heirs, this could all be undone if these assets become liable to 40% UK tax.

Brussels IV is such a new law this is untested, but it is definitely a possibility. Do you want to take the risk?

You need to understand all the possible consequences for opting for UK law, and consider alternative arrangements for avoiding forced heirship.

For example, when buying a property a ‘tontine’ clause ensures it will pass to the surviving tontine holder. This option is only available at the time of purchase.

There are tax efficient investments available in France that fall outside French succession law. These are excellent vehicles to enable you to leave assets to your choice of beneficiaries.

To make life more complicated, there are various types of marriage contracts in France.

‘Séparation de biens’ is considered the equivalent of the UK marriage contract. PACS partners also fall into this regime. Each spouse is treated as owning the assets acquired by them personally, and owning 50% of jointly held assets.

Generally, the default position for those married in France is the community marriage regime. There are different versions where all assets could be considered common estate; or all assets except real estate; or (the default position) where assets acquired before the marriage remain the property of the original owner. Once you have been resident in France for 10 years, and there are no children from previous relationships, you will automatically default to this regime, unless you take steps to prevent this.

British couples can use a ‘notaire’ to change to a community regime. You may be able to use this so that assets pass to your spouse rather than children. However since this would breach the forced heirship rules for children from a previous marriage, the stepchildren have the right to claim against this. If all is amicable within the family, though, stepchildren can renounce their right to their parent’s property until the second death.

Changing marriage regime will not automatically improve your succession tax position. We have come across couples with children from previous marriages who changed regime to try and avoid the 60% succession tax stepchildren have to pay. But in fact the 60% tax continues to apply. It could also mean children from your current marriage may end up paying more tax. More tax will be paid at the higher rates when the second spouse dies and the tax-free allowance available on the first death would have been unused.

All in all, great care must be taken when setting up your estate planning in France.  With complex, cross-border issues, this is a specialist area. Your estate plan must be tailored to meet your personal objectives and unique family situation.