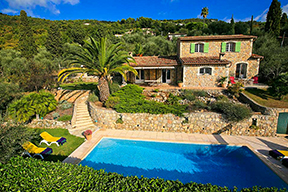 Do you live in France but have assets in the UK? Cross-border tax and estate planning for two countries is complex but there are solutions.

UK nationals living in France should pay close attention to their tax planning and estate planning. Getting it wrong can have costly consequences, so you need to understand the rules of both countries and how they interact together to establish the best solution for you and your family.

Being a British expatriate in France is rather like having the best of both worlds.  You get to enjoy day-to-day life in France with its lifestyle benefits, food, scenery and endearing quirks. But the UK is just a short hop away across the Channel; you can visit regularly to spend time with family and/or enjoy your favourite aspects of UK life, whether it is a West End show, live football match or traditional British country pub.

But, few though they are, there can be downsides to being an expatriate, and financial planning involving two countries can get rather complicated. This is particularly the case if you have UK property, receive income from the UK and/or have heirs living there. It can all be sorted out with research and planning, but you do need to make sure you understand all the rules, how they can apply to you and your family, and what steps you take to establish the best outcome.

Tax planning for France and the UK

No two countries have the same tax laws and rules, and there are some significant differences between the French and UK regimes. This means your tax planning in each country is different, and many expatriates have to take not one, but two sets of rules into account.

It is essential to follow the France/UK double tax treaty and understand where and when cross-border income must be declared.

It may not always seem logical. Let’s take, for example, Mr & Mrs Smith who are resident for tax purposes in France. They own and rent out a property in the UK. They both receive a state pension, and Mr Smith has a UK private pension and Mrs Smith a government service one.

Their UK rental income is liable to tax in the UK, and not in France, but they still need to include it on their French tax declaration. It may not be directly taxed in France, but it is included to calculate the tax rate on their other income, and a credit is given for the tax that would have been paid in France.

Although they are French taxpayers, they still benefit from the annual UK personal allowance (but could this change in a post-Brexit world?) and they do not pay French social charges on this source of income.

In contrast, their UK state pensions and Mr Smith’s private pension are not liable to tax in the UK at all (and are paid gross after they submitted the necessary documentation). They only pay tax in France.

Mrs Smith’s government service pension, on the other hand, is only liable for UK tax and is not directly taxed in France, but, as with the rental income, she has to include it as part of her taxable income and receives a credit equal to the French income tax and social charges that would have been payable.

And they only escape social charges because they have Form S1; otherwise they would be paying potentially 9.1% a year.

Getting this wrong and paying tax in the wrong place would prove costly in the long-run, as the authorities will find out and seek to claim back taxes.

Note that even though you may escape UK tax on your UK pension income, you would still be liable for the 25% or 55% lifetime allowance charge if your overall pension ‘pot’ exceeds £1,055,000.

If you are tax resident in France, you need to make sure your tax planning is based around the local tax regime. What was tax-efficient in the UK is unlikely to be in France.  For example, Mr and Mrs Jones retained their UK investment portfolio, worth £500,000. Their UK investment manager generates an overall return of 5% for them. If they were still UK resident, as their manager’s other clients are, they would have no tax to pay thanks to UK capital gains tax and dividends allowances. However, as French residents, they have a £7,500 liability.

The Joneses need to change the way they hold their investment capital, to use arrangements that are tax-efficient in France, such as an Assurance-Vie which could significantly reduce their tax liability.

Estate planning for France and the UK

Cross-border estate planning is just as complex or more so.

UK levies ‘inheritance tax’ and France ‘succession tax’, but luckily a specific double tax treaty means only succession tax will apply to your estate if you are resident and so deemed domiciled in France. Except, that is, for assets in the UK, which are subject to both taxes; your heirs will not have to pay tax twice, but they will pay whichever amount is higher.

The UK gives you freedom to choose who to leave your assets to; France’s Napoleonic law imposes ‘forced heirship’ with specific rules as to who must inherit and in what amounts. You can use the European Succession Regulations, Brussels IV, to opt for the succession law of your country of nationality to apply. But is this actually the right decision for your family? Electing for the rules and laws of the UK instead of France could call your French domicile into doubt, potentially exposing your worldwide estate to UK inheritance tax and rendering your French succession planning obsolete.

So cross-border tax and estate planning can both be minefields; tread very carefully. At Blevins Franks, with 40 years of experience, we know our way around the tricky landscape and can help you avoid the pitfalls and take advantage of the various opportunities France has to offer. We can guide you on portable solutions should you or your spouse return to the UK one day.

Overall, you want your cross-border financial planning to aim to get the best of worlds and avoid the worst of both worlds.