News / Another Year Of Wealth Tax In Spain

Another Year Of Wealth Tax In Spain 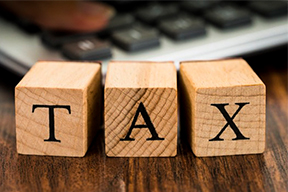 Wealth tax has been extended for another year. There was a possibility that 2016 would be the last year, but the Spanish government has confirmed that it will apply for 2017.

Wealth tax has been extended for another year. There was a possibility that 2016 would be the last year, but the Spanish government has confirmed that it will apply for 2017.

Wealth tax is an annual tax, payable on the total net value of your assets as at 31st December. If you are resident in Spain you are liable on your worldwide assets. Non-residents only pay wealth tax on assets located in Spain. Allowances mean that many people are exempt from this tax, but for wealthier individuals it can have a significant impact.

Wealth tax was ‘abolished’ in 2008, at time when Spain’s public surplus and the fiscal revenues were at historical highs. In reality though, the legislation was kept in place and a 100% relief was applied. But then the financial crisis hit and, as part of austerity measures, this exemption was cancelled for 2011-2012. Wealth tax has been extended every year since.

The 2016 Spanish general budget established a 100% relief for wealth tax with effect from 1st January 2017, but the political instability in Spain, with two general elections with uncertain results, made the wealth tax position unclear for 2017.

Now that Spain has formed a government, it has been agreed that wealth tax will be payable after all for fiscal year 2017. This tax constitutes an important source of income for the Autonomous Regions and it will also help to achieve the public deficit threshold agreed with the EU.

Spain is obliged by the EU to reduce its deficit to 3.1%. As agreed with the European Commission, the government has introduced some measures to increase the amount of tax it collects in 2017 to help achieve this target. These include:

On the positive side, there are no increases to income tax or VAT in Spain for 2017. The government also confirmed that there will be no additional tax to support the sustainability of the pensions system in Spain, as was the socialist party’s intention.

Wealth tax is payable on the value of most of your assets, such as real estate, savings and investments, jewellery, art, cars, boats, etc. Loans are deductible in calculating your net taxable wealth (provided they were not used to buy or invest in assets which are exempt from this tax).

In 2014, the Spanish regions collected around €937 million of wealth tax, with the highest collections being in Cataluña, Comunidad Valenciana and Andalucía.

If your total wealth is above the allowances, take specialist advice on exactly how it will affect you and what your options are to mitigate it.

For example, if you are resident in Spain, your cumulative wealth and income taxes cannot exceed 60% of your general and savings taxable income base, subject to paying a minimum of 20% of the full wealth tax calculation. This does not apply to assets that do not produce an income. Thus, by controlling your total income, you will be able to reduce your wealth tax liability in Spain.

There may be other steps you can take to reduce your wealth tax liability, or eliminate it completely, particularly on your investment assets. You need to seek expert advice on how to re-structure your investments, making sure you use solutions which are personalised for your situation and objectives.