Wealth tax reductions in Andalucía for 2021 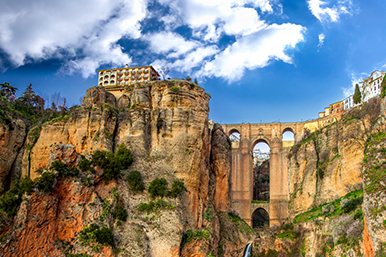 The Spanish state budget increased the top rates of income and wealth tax in 2021 but in Andalucía wealth tax rates are lower than 2020.

The Spanish state Budget increased the top rates of income tax and wealth tax in 2021, but in Andalucía wealth tax rates are actually lower than 2020, and income tax not that different. We explore the new rates and other tax considerations for Spain this year.

Residents of Andalucía are affected by two annual government budgets: the state budget and the regional one. The autonomous communities in Spain can adjust the local half of the income tax rates and adapt rates and allowances for wealth tax and succession tax.

The good news this year is that, although the state has increased the top rate for wealth tax, this does not affect us in Andalucía – in fact our rates have been reduced. The state has imposed new higher income tax rates, but this is only on a high level of income and not many people will be affected.

Although the state budget increased the top rate of wealth tax from 2.5% to 3.5%, this only applies where the local autonomous community does not apply its own rates – which Andalucía does.

And the local government has reduced its top rate from 3.03% to 2.5% this year, so wealthy residents are actually better off.

If you are affected by Spanish wealth tax, contact your local Blevins Franks office to discuss compliant tax planning options.

A new higher income tax band for income over €300,000 has been introduced for income earned in 2021, applicable to all regions.

Here in Andalucía the tax rate for this income increases from 46.8% to 48.2%. Some of the lower bands now have a slightly lower tax rate, thanks to the progressive of reduction of personal income tax being applied in Andalucía from 2018 to 2022.

A new income band has been introduced here too, this time at 26% rate for income over €200,000. There is no variation at regional level.

However, if you expect to earn a high level of investment income, it is worth speaking to your local Blevins Franks advisers to find out how you can benefit from compliant arrangements to structure your investments to avoid paying too much tax, without impacting the growth potential.

There are no changes to Spanish succession and gift tax at either state or regional level. Again, it pays to review your assets and take specialist advice to see how you can reduce this liability for your heirs.

There have not been any budget changes here, but UK residents should note that third-party nationals are taxed at a higher rate than EU/EEA nationals.

So following Brexit, UK residents earning rental income from a Spanish property will now pay Spanish income tax at 24% instead of 19%.

Besides this, as a non-EU resident you can no longer offset the expenses involved in maintaining and renting out the property.

Reducing your tax liabilities in Spain

Ask your local, Andalucía-based Blevins Franks advisers to review your investment portfolio, pensions and other assets. They can also evaluate your current tax liabilities, consider your personal situation and objectives, and look at what Spanish compliant arrangements would work for you and how much tax you could save – you may be very pleasantly surprised!

Arrange to speak to an adviser in Andalucía