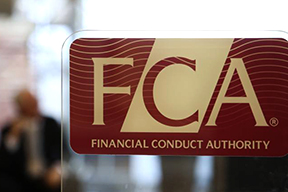 One of the few surprise announcements in the UK 2017 Spring Budget was the ‘overseas transfer charge’ – an immediate tax on certain transfers to Qualifying Recognised Overseas Pension Scheme (QROPS).

Previously, expatriates could move UK pension funds into a QROPS without attracting any UK tax on the transfer. This applied regardless of residency or where the QROPS is located, unless total funds exceeded the lifetime allowance (currently £1 million). Since 9th March 2017, however, under certain circumstances HM Revenue & Customs (HMRC) can automatically claim 25% of the funds transferred – of any value.

Who is affected by the new QROPS tax?
This will not affect most expatriates moving pensions to eligible schemes in their country of residence, nor those transferring to approved schemes elsewhere. Specifically, there is no liability to the tax charge if one of the following applies:

Currently, the EEA includes all 28 EU member states (incorporating Gibraltar) as well as Iceland, Norway and Liechtenstein. So only those moving UK pensions to excluded jurisdictions in which they are not resident will be liable for 25% taxation. Even so, it is possible to get this tax refunded if their situation changes to meet one of the exemption conditions within five years of transferring.

The five-year liability trap
Transferred UK pension funds (requested on or after 9th March 2017) remain taxable by HMRC for a full five tax years. So if circumstances change and the scheme holder becomes tax resident in a non-EEA jurisdiction within five tax years of the transfer date, the initial transfer value will become liable to 25% tax.

It could also apply if funds are moved from a QROPS to another scheme (an onward transfer) that does not meet the criteria for tax-free transfers.

The moving target of approved QROPS

The HMRC-issued list of approved QROPS has been reviewed and culled several times this year. In each case, the list was suspended and scheme providers given a deadline within which to notify HMRC they are compliant with the new rules. When the list was reissued in April, nine jurisdictions no longer had a qualifying scheme, and the total number of schemes fell over 30% from 1,342 to 932. In May, a further 13 schemes were delisted.

While there were no countries eliminated following the most recent suspension this month, the refreshed list released on 7th June had removed schemes from Gibraltar, Guernsey, Jersey and the Isle of Man.

With the government evidently keen to closely regulate the industry by taking a zero-tolerance approach to non-compliance, we can expect the number of approved overseas schemes to be a moving target under regular review.

FCA’s interest in the defined benefit (DB) transfer market
In January 2017, the Financial Conduct Authority (FCA) announced plans to dial up its scrutiny of advice around defined benefit pension scheme transfers. This included a thematic review on the horizon and the release of two key documents on DB transfers and suitability.

The FCA’s concerns are well founded. In February they issued a warning notice against an individual who had advised more than 700 members of a particular DB scheme to transfer to a defined contribution (DC) scheme. Despite “a serious risk of unsuitable customer outcomes”, 500 members subsequently transferred a total value of £12.7 million.

Not long afterwards, two large financial firms were ordered by the FCA to “immediately cease” providing DB scheme advice for overseas pension transfers due to suitability concerns. These are not isolated incidents. The FCA revealed last month that it is currently investigating 54 advice firms on this issue, all of whom have agreed to halt any pension transfer activity. This is a marked increase on the 16 UK businesses in the same position in 2016.

It would seem the FCA, HMRC and wider government have significant concerns around the potential for ill-suited advice around DB scheme transfers, particularly where the receiving scheme is offshore. Much of the FCA’s focus, for example, has been on transfers of DB schemes to QROPS where the scheme holder is residing in the Middle East or Far East.