News / What can we expect from a higher UK interest rate?

What can we expect from a higher UK interest rate? 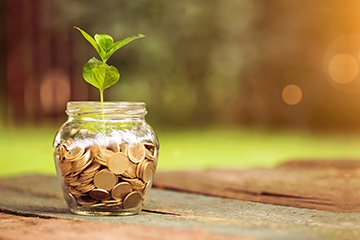 How does the increase in the UK interest rate to 0.75% affect savings and investments, exchange rates and pensions for expatriates?

The latest decision from the Bank of England (BoE) to increase the UK interest rate to 0.75% marks the first time since 2009 that rates have gone above half a per cent. What does this say about the UK economy, and how might it affect British expatriates?

A change in direction?

Rate rises have been scarce in recent times. Before the previous increase to 0.5% in November, you have to go back over a decade – to July 2007, pre-financial crisis – to find the last time rates lifted, to what seems today like an unfeasible high of 5.75%. Then, after a series of steady decreases, a nine-year deadlock of 0.5% was only interrupted by a 15-month ‘emergency’ dip to 0.25% following the Brexit vote.

Now that the BoE has reversed the trend, is this a sign that the UK economy is back on track and higher rates are ahead?

Usually, rate increases are used to dampen an overheated economy and bring inflation closer to its 2% target. With UK inflation (as measured by the Consumer Price index) down to 2.4% in June – albeit still above target – and modest gross domestic product (GDP) growth, the economy is showing signs of recovery. There are other indicators of economic improvement, such as a 43-year low in unemployment, stronger retail sales and gradual wage growth. BoE forecasts put UK economy growth at 1.4% this year and 1.7% in the next.

However, many spectators see this growth as too sluggish to warrant sustained interest rate increases. With intense ongoing uncertainty around Brexit, plus President Trump’s ‘trade war’ causing global instability, the UK economy is far from settled.

As such, this increase does not necessarily signal the end of static – or even decreasing –rates, nor a return to pre-financial crisis averages of 5%. BoE governor Mark Carney has not ruled out lowering rates to counteract Brexit pressures, reiterating that any future increases will be “gradual and limited” and unlikely to exceed 3% for the next two decades.

So what does the increased rate mean for UK nationals living in Europe?

While higher rates can prove more expensive to repay mortgages and other loans, it can boost money held in bank deposits and other savings.

In practice, however, the link between the official base rate and savings rates is weak and takes time to trickle down. Nine months after November’s increase to 0.5%, only half of UK savings accounts have increased their rates, and only then at an average of 0.2%. When you add inflation at over 2%, this further erodes the real returns.

While you can achieve higher rates for locking your money away for longer, this stops you taking advantage of better opportunities if interest rates increase during the term.

With UK rates expected to only reach 1.1% by 2021, achieving better returns than money in the bank means considering ‘riskier’ investments.

Although market dips can be unsettling, being invested for the medium to long-term in a well-diversified portfolio will generate less risk. By spreading interests across different regions, asset types and sectors – with a strategy matched to your particular situation, goals and risk appetite – you can limit your exposure in any one area.

In the immediate aftermath of the rate announcement, the British pound rose against the euro before dropping and settling, but movement was slight, staying within the region of €1.12. Most commentators agree that Brexit is more likely to impact the value of sterling than the UK interest rate.

If you draw income in sterling while living in Europe, you will be vulnerable to fluctuating  exchange rates during this volatile period. Look for investment structures that allow multi-currency flexibility or consider transferring your UK pension overseas to help minimise exchange rate risk.

Higher interest rates generate better returns from UK bonds, which are usually used to finance pension benefits. As a result, if you are looking to buy a retirement income through an annuity, an increased rate could potentially boost the amount you could secure.

However, this may not be such good news for those looking to transfer a ‘final salary’ pension. Today’s high ‘transfer values’ – offered in exchange for giving up generous lifetime retirement benefits – are likely to decrease as providers find it easier to finance guaranteed pension payments. Anyone considering transferring should therefore take regulated, personalised pensions advice now to secure the best possible outcome.

See more about your pension options

In any scenario, how you structure your finances should depend on your unique circumstances, aims, risk tolerance and time horizon, not on speculation of where interest rates may go. Make sure you are best placed to deal with the challenges of the moment – be they low interest rates or Brexit uncertainty – with regular financial reviews.

More about investment management for expatriates