News / UK government service pensions can continue to be taxed in Cyprus, for now

UK government service pensions can continue to be taxed in Cyprus, for now 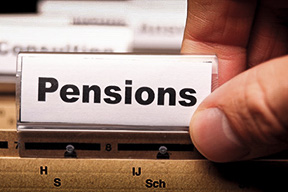 Cyprus and UK agreed an amendment to the new tax treaty so government service pension income can continue to be taxed in Cyprus till 2024.

Cyprus and the UK have agreed an amendment to the new double tax treaty which means that, if you live in Cyprus and receive a UK government service pension, the income can continue to be taxed in Cyprus for the next five years.

The new Cyprus/UK Double Taxation Convention was signed in March 2018, replacing the 1974 one. The key change affecting British expatriates here was that pension income paid in respect of government service would start to be taxable in the country which pays the income, rather than the country where the pension holder is resident, as has been the case so far. The new treaty is now in force and applies to pension income received from 1st January 2019.

So, under the new treaty, many expatriates living here would have to pay UK tax on their UK government service pensions, instead of the more beneficial Cyprus tax rates.

The good news is that, having listened to concerns, the UK and Cyprus governments decided to introduce a transitional period. On 19th December a double taxation elimination protocol was signed which allows individuals to choose which basis of taxation will apply to their government service pension. This election can be made from 1st January 2019 to 31st December 2024.

What you need to do

If you are resident in Cyprus and want to continue paying Cyprus tax on your UK government service pension, you need to elect for this in writing. Your letter needs to state:

“I elect for my government service pension to be taxed in accordance with the 1974 Double Taxation Convention between the UK and Cyprus. I understand that this election will continue to apply until 31 December 2024 or until I revoke it.”

You can make this election any time after 1st January 2019, and it will apply to pension payments made that year and the following years up to the end of 2024. You can revoke it any time, in which case you will pay UK tax on all government service pension received that year.

If you want your UK government service pension income to be taxed in Britain, and not in Cyprus, you do not need to make an election as this will automatically happen under the new double tax treaty. However, do not forget you will need to declare this income to HM Revenue and Customs each year; failure to do so could result in penalties and interest.

Government service pensions are paid in respect of local or national service such as civil service, teachers, armed forces, police etc and some NHS pensions. It does not include the state pension.

Blevins Franks offers expert, personalised pensions advice to expatriates living in Cyprus. Our pension specialists are regulated by the Financial Conduct Authority in the UK, and together with our local Partners help you find the most suitable course of action for your individual circumstances and objectives.

Blevins Franks accepts no liability for any loss resulting from any action or inaction or omission as a result of reading this article, which is general in nature and not specific to your circumstances. Summarised tax information is based upon our understanding of current laws and practices which may change. Individuals should seek personalised advice.