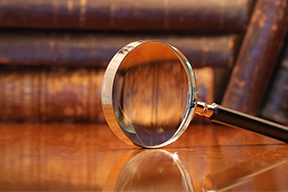 This means that you can avoid Spanish succession law, but before you make any final decision as to which law should apply to your estate, note that HM Revenue & Customs (HMCR) have opined that if a non-UK resident but UK national individual applies UK law to their assets, this is a factor to be considered in determining their domicile position.

During a consultation regarding an article, the publication contacted HMRC for their view on what impact an individual electing for UK law to be applied to their assets on death would have on that individual’s domicile position under UK law.

HMRC noted the following in their response to the publication:

The Blevins Franks tax advisory team also believe that this could also be a factor to take into account for expatriates in the EU.

How could this affect you?

If you are deemed to be a UK domicile, your worldwide estate is liable for UK inheritance tax.

As with other factors, opting for UK succession law will be taken into consideration in domicile determinations. If there are significant other factors tying you to the UK, this could be a ‘tipping point’. Therefore, the more ties with the UK that can be severed the better.

If this is the sole connection, it is unlikely, on its own, to make you UK domiciled. However, if you also have UK investments and property (especially the former main home), and frequently visit the UK, then electing for UK law to apply could help the UK to determine you as a UK domicile.

Care also needs to be exercised as, in some countries, such as Spain, applying Community Marriage Regimes instead can have adverse tax consequences.

If you are looking to claim change of domicile, or if there is a significant amount of UK inheritance tax at stake, you should take advice specific to your circumstances. Blevins Franks can assist with reviewing your domicile and making recommendations so that the best result for you can be obtained for the least tax cost.