News / Is your tax planning for France up to date?

Is your tax planning for France up to date? 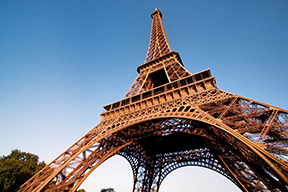 Residents in France need to be aware of French tax changes for 2019, including a new social charges rate, PAYE and stricter non-disclosure rules.

Residents in France need to be aware of French tax changes for 2019, including a new social charges rate, PAYE and stricter non-disclosure rules, as well as what may change with Brexit.

Wherever you live, it is always a good idea to review your tax planning at least once a year. As tax regulations and rates change, your current arrangements may be out of date or not working as effectively as you originally expected. If your personal circumstances have changed, you may also find you need to adjust your tax planning.

So what are the key changes and considerations this year if you are living in France? PAYE finally started in 2019, we have a new social charges rate for some taxpayers and tougher measures for not disclosing foreign accounts. And of course, there is Brexit…

Let’s start with what has not changed since last year:

There is good news for some retired expatriates.

If you receive less than €2,000 in pension income per month (€3,000 for a couple), your rate is reduced from 9.1% to 7.4%. (As always, you are completely exempt on pension income if you have Form S1 or are not subject to the French healthcare system.)

Secondly, individuals covered by the health system of another EU/EEA country now only need to pay 7.5% social charges on their investment income, instead of the full 17.2%. This benefits retired expatriates who have Form S1, as well as non-residents with French source income.

This new 7.5% rate applies from January 2018 for capital gains and rental income from unfurnished properties, and from January 2019 for investment and passive income (bank interest, dividends, withdrawals from assurance-vie etc).

Read more about the changes to social charges

If you earn French income, such as employment and local pensions, income tax should now be deducted at source each month. If you are in receipt of other income subject to PAYE, like self-employment and rental income, UK pensions etc., you should have set up a direct debit to pay tax monthly or quarterly.

Note that the monthly tax payment is not calculated on the current year’s income, but on the income declared in your last tax return. You may therefore have a balance to pay at the end of the year (or may be owed a refund).

PAYE does not apply to investment income, so you continue to pay tax as previously.

France has long had a rule that you have to declare non-French bank accounts and insurance policies opened, closed or used during the year. Under France’s anti-fraud act 2018, you now also need to declare non-active accounts. The sanctions for non-disclosure were also reinforced last year.

Taxation is a domestic issue, and double tax treaties are agreed between the two countries concerned. So Brexit generally does not affect how UK nationals living in France are taxed.

That said, under their domestic rules, some countries do tax non-EU/EEA assets differently to domestic/EU assets. In this case some people could be affected.

Under French tax rules, very beneficial tax treatment can apply to life assurance/assurance-vie policies. However, some of the key advantages only apply to EU policies. If you are resident in France have a UK life assurance policy and the UK ends up outside the European Economic Area as well as the EU – with no equivalent arrangements are put in place – you could end up with much larger tax bills.

Some people could also be affected by France’s ‘exit tax’. France imposes a charge on capital gains if an individual who has been resident in France for six out of the last ten years leaves the country, and their total shareholdings are valued at over €800,000 or they own more than 50% share of a company. The tax – the 30% flat tax charged on investment income – arises the day before the individual departs and is levied on the gains accrued while French resident (even though the shares have not been sold and so no gain is realised).

This tax is deferred (until the shares are sold, reimbursed etc.) when the individual moves to an EU member state, or an EEA state with a tax assistance agreement with France, or to a third country with a tax information exchange agreement and the individual is moving for professional reasons. It can also be granted in some other situations. This exit tax may be cancelled (or reimbursed) once the individual has been out of France for eight years, or returns to France, or upon his death.

Brexit could therefore be significant for those potentially affected by this tax. In this case, take personalised advice to clarify the situation (exit tax has various rules and conditions) and to find out if you revise your investment arrangements so that they escape exit tax.

Tax planning, both for yourselves and your heirs, is a very personal issue; there is no one-size-fits-all solution. Take specialist advice based on your objectives and family circumstances to determine exactly how you are affected by the various tax rules and what steps you can take to keep your tax liabilities as low as possible.

Contact us for a financial planning review for France