Up to 200% UK tax penalties on non- or mis-declaration 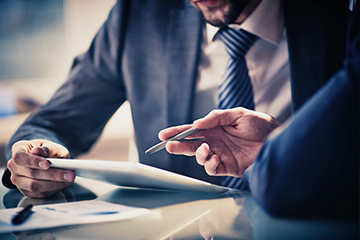 UK taxpayers with offshore interests have a limited time to make sure they are meeting their British tax obligations – or risk costly penalties under new rules.

Part of a new Finance Bill, the ‘Requirement to Correct’ regime gives UK residents with overseas assets a deadline of September 2018 to ‘correct’ their tax arrangements. Failure to remedy inaccurate UK tax declarations – whether intentional or not – can lead to eye-watering penalties of up to three times the tax that should have been paid.

These measures are not only targeting deliberate tax evaders and questionable offshore tax havens. They potentially affect any Briton who owns overseas financial assets and/or receives income outside the UK, including bank accounts, rental income, investments, trusts and property. As such, UK residents with cross-border interests need to take particular care to ensure their tax planning is in order, even if they are non-UK domiciled.

What are the rules?

The new penalties will apply where there is unpaid UK income, capital gains or inheritance taxes on offshore income, assets or activities up to and including 6 April 2017. This could be the result of inaccurate declarations to HM Revenue & Customs (HMRC) or not filing a tax return at all – whether done deliberately, or through carelessness or inappropriate advice.

If irregularities are not corrected by 30 September 2018, a standard penalty of 200% of the tax owed applies. Although co-operation with HMRC can potentially reduce this charge, the minimum penalty is 100%. Where underpaid UK tax exceeds £25,000, there will be an additional ‘asset based penalty’ of up to 10% of the value of the related assets. This is all in addition to the original tax to be paid.

If HMRC determines that assets have been moved to another country to avoid liability, another 50% of the standard penalty charged could be levied, generating a potential total bill of 300% higher than the original tax owed. Serious cases could lead to criminal charges.

However, HMRC will consider “reasonable excuses” for non-compliance. This could be, for example, where professional advice unknowingly leads to unpaid UK taxes – but this is not straightforward. There may be no defence, for example, if ongoing advice is received from the same adviser that set up a non-compliant situation in the first place (known as an “interested party”).

What can be done?

Even if a client believes they are fully compliant and fully declared, they may owe taxes without realising it. It is crucial tax planning is reviewed in light of these new laws – not checking could be an expensive oversight.

If any non-compliance is corrected before the September deadline, the tax owed and interest will be collected with the existing penalties applied, which could be as low as 10%.

It might even be a consideration to make a ‘nil tax’ voluntary disclosure to HMRC of offshore interests before the September deadline, to confirm that all tax obligations have been met.

The Requirement to Correct is just one part of a range of 100 new tax avoidance initiatives from the UK government since 2010, netting an extra £160 billion in revenue.

The timing of this latest effort is designed to match the date HMRC starts to receive full data under the global ‘automatic exchange of information’ regime. Over 100 countries have committed to share information on taxpayers’ financial assets and income. The 54 “early adopters” – including the UK – began sharing data between themselves in September; another 50 will join them by September 2018.

All information in this article is based on Blevins Franks’ understanding of legislation and taxation practice at the time of writing; this may change in the future. It should not be construed as providing personalised taxation, investment or pension advice. You should take advice for your circumstances.