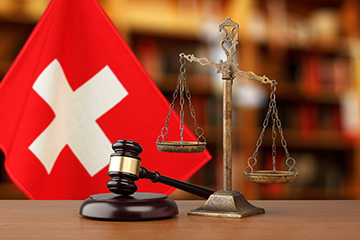 The era of financial privacy is now well and truly over. Switzerland, once the bastion of banking secrecy, has begun automatically exchanging information on financial accounts owned by non-residents.

This was a landmark moment in the history of international banking and cross-border tax planning. Although we have known this was going to happen for a few years, it still feels a little unbelievable considering it does not seem that long ago that Switzerland was insisting it would not give up its prized secrecy laws.

In October 2018, the Swiss Federal Tax Administration (FTA) confirmed that it had handed over details on accounts held at 7,000 Swiss banks, trusts, insurers and other financial institutions.

The information was passed on to tax authorities in EU countries as well as Guernsey, Jersey, Isle of Man, Iceland, Norway, Australia, Canada, Japan and South Korea.

In a statement, the Swiss tax administration said:

“The exchanged information allows the [local] tax authorities to verify whether taxpayers have correctly declared their financial accounts abroad in their tax returns.”

The FTA explained that transmission of data to France and Australia was delayed due to technical reasons, while Cyprus and Romania are currently excluded because they do not yet meet the international requirements on confidentiality and data security.

It did not provide information on the value of the accounts concerned.

This exchange of information takes place under the Common Reporting Standard, which applies Automatic Exchange of Information around the world.

The data exchange occurred at the end of September, with financial information relating to 2017.

This will be repeated on an annual basis. It expands next year to around 80 partner states. In all, over a hundred jurisdictions have committed to automatic exchange of information so far, with another 42 developing countries in the pipeline.

Switzerland was under international pressure for years to stop allowing people to use its banks to hide funds away from the tax authorities. It slowly made various concessions, but stopped short of automatic disclosure.

Until now, Switzerland would only provide data on request, from countries it had signed double tax treaties with. But it would not allow “fishing expeditions”, and the requesting authority had to provide evidence that a specific account holder was most likely evading tax.

In 2013 US prosecutors began attacking Swiss banks for helping American clients evade US taxes. It opened a programme where banks could avoid harsher penalties by agreeing to pay a fine. Credit Suisse Group AG alone paid $2.6 billion. Wegelin & Co., a 272- year old Swiss bank, was forced to close as a result.

Then in February 2014, the Organisation for Economic Cooperation and Development (OECD), working with the G20, presented its new standard on automatic exchange of information – the Common Reporting Standard was born.

A couple of months later, in May 2014, all OECD countries signed a declaration committing to automatic exchange of information between jurisdictions in May – a breakthrough moment – and Switzerland was one of the signatories. And it has now made its first exchange.

This is not the total end of Swiss banking secrecy. It remains in place for Swiss taxpayers – the Federal Tax Administration does not automatically receive any information on accounts owned by its Swiss citizens. But for everyone else, we are now in a very different era.

We can expect the tax authorities here in countries like Spain, France, Portugal, Malta etc to use the information they receive from not only Switzerland, but the many jurisdictions around the world collecting data under the Automatic Exchange of Information agreement, to their advantage. They can compare it to the information the taxpayer has provided on their income tax and, where relevant, wealth tax returns. In Spain they will also compare it to residents’ Modelo 720 declarations.

Any resulting tax investigations, however innocently the omissions may have occurred, could prove very costly by the time the back tax, interest and any penalties are paid, not to mention very stressful.

So, if you have not already done so, you need to carefully review your tax planning, the way you hold your assets and what you declare and where, to make sure you are paying tax in the right country and the arrangements you use to hold assets are fully compliant. When you are resident in one country and have assets and/or earn income in another, you have to follow the relevant double tax treaty carefully to establish where you should be declaring the income and where you should be paying tax.

Tax planning remains alive and well. You can often use tax-complaint arrangements in your country of residence and the UK to lower tax liabilities, particularly on your capital investments. Take personalised, specialist advice.