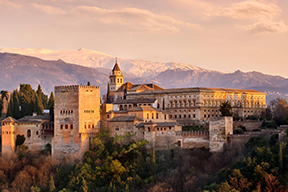 Andalucía is about to become an even more attractive region to live in. Once confirmed in the 2018 regional budget, in the majority of cases spouses, children and parents will escape this unpopular tax completely.

Who pays succession and gift tax in Spain?

If you are resident in Spain, you are liable to succession and gift tax on any inheritance or gift you receive, whether the assets are in Spain or abroad.

All assets located in Spain (property, bank accounts, etc.) are liable to this tax when passed on death or as a gift, regardless of whether the owner and/or beneficiary are resident in Spain.

The allowances and tax rates vary according to who the beneficiary is, as well as per region.

In Spain, beneficiaries are categorised as follows:

Group I – children (natural and adopted) and other descendants (grandchildren etc.) under 21.

Group II – children and other descendants aged 21 and over; parents and other ascendants (e.g. grandparents) and spouses.

Group III – Brothers and sisters, nephews and nieces, stepchildren, cousins, aunts and uncles, in-laws and their ascendants/descendants, etc. (some of them can sometimes be treated as Group IV relatives).

Group IV – everyone else, including unmarried partners even those registered as a ‘pareja de hecho’, unless the region recognises them as married – which Andalucía does.

What is changing in Andalucía?

Provided this is confirmed in the 2018 Andalusian budget, all inheritances of up to €1 million within Groups I and II beneficiaries would be exempt from succession tax in Andalucía. Anything over €1 million will be liable to succession tax at the usual rates.

This threshold is per beneficiary, not per estate.

The allowance also applies to gifts. In this case there is a condition that the gift is used to create business and employment in Andalucía, and the company or business must be retained for at least five years follow the date of the public deed.

This is likely to apply with effect from 1st January 2018.

How has this come about?

The announcement was made following an agreement reached between the PSOE and Ciudadanos political parties in the region.

The Ciudadanos regional leader described it as “the biggest tax reform in Andalucía in 35 years”. They estimate that around 95% of local residents will not pay succession tax once the law is approved.

So far, only the highlights of the future new rules have been announced and no further details have been provided. We have to wait until the Andalusian 2018 budget is approved and the new law is finalised and published in the official gazette for more details.

We also need to monitor how the Spanish national government decides to proceed with the tax harmonisation recommendations made by the tax experts’ committee with regard to succession and gift tax in Spain.

This is very good news for expatriates who have made their home in Andalucía, especially considering it is currently one of the most expensive regions from a succession tax point of view.

If you or your heirs have wealth over the €1 million threshold, seek personalised inheritance tax advice on how you may be able to lower the tax liability.

If you plan to leave assets to heirs other than your spouse, descendants or ascendants, succession tax will apply as usual. The allowance for Group III beneficiaries is just €7,993, while Group IV does not receive any allowance at all. Regional tax rates range from 7.65% to 36.5%. Multipliers between 1.0 and 2.4 could also be applied, depending on the circumstances.

This new €1 million threshold only applies to those who are eligible to benefit from the regional Andalusian rules.

Whether the state or Autonomous Community rules apply depends on where the beneficiary and the donor are resident and where the assets inherited/gifted are located. Since a rule change in 2015 more people now benefit from the regional rules, but if you or your heirs do not, then state rules will apply instead – and the tax payable will be much higher, with no exemption between spouses.

It is important to understand how the Spanish tax rules apply to your situation and how they may affect your UK liability. This is a specialist area, so take professional, personalised advice to maximise your legacy and save your heirs from paying more tax than necessary.