The basics of Spanish wealth tax 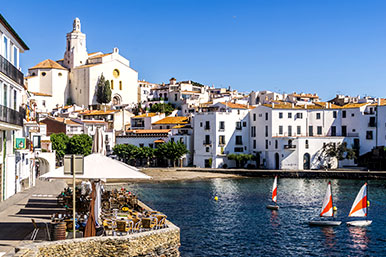 As President Macron in France sought to restrict taxpayers’ exposure to French wealth tax, Prime Minister Sánchez in Spain promised to raise taxes and increase public spending. It was no surprise then that Spanish wealth tax was extended for 2019 (payable in 2020) and looks likely to remain for the foreseeable future.

Who pays wealth tax in Spain?

There are two scenarios where a wealth tax return needs to be submitted:

1. Where, after deducting all possible reductions and allowances, a wealth tax liability results; and

2. In cases where there is no tax due (i.e. in Madrid there is a 100% relief for wealth tax), where the total value of assets is more than €2 million. This is just for information purposes.

Since January 2015, Spanish non-residents who reside in another EU/EEA country may be able to apply the rules of the autonomous region in Spain where most of their assets are located instead of the state rules, if these are more beneficial to them.

Some of the favoured locations where UK nationals like to reside also have higher wealth tax rates at the upper end:

On the other hand, for taxpayers who are resident in Madrid, there is currently a 100% relief of the final wealth tax due. This effectively means there is no wealth tax payable at all in this Spanish region.

Some assets are exempt from wealth tax, including:

A loan or mortgage will be deductible in arriving at an individual’s net wealth tax liability, as long as the loan was not used to buy or invest in assets exempt from Spanish wealth tax.

Spanish residents can benefit from a rule by which the cumulative wealth and income taxes due cannot exceed 60% of the general and savings net taxable base amount (‘base imponible’), excluding any gains on assets held for more than one year. However, this relief is restricted to the point where an individual must pay a minimum of 20% of the full wealth tax calculation. There is no limitation applicable for non-residents.

You exclude from the limitation calculation any wealth tax on assets that by their nature or intended purpose are not capable of generating taxable income at all (e.g. antiques and works of art, jewellery, private cars, aircrafts, boats, interest-free loans and cash in safe deposits).

Note that the main home is considered an income-producing asset – the wealth tax on such assets remains payable and unreduced by the limits. Those with high-value property may find it advantageous to downsize in order to take advantage of tax mitigation opportunities for capital assets.

A life assurance policy is an income-producing asset for Spanish wealth tax purposes. This 60% limitation is particularly beneficial if the taxpayer invests in Spanish tax-efficient investments, such as Spanish -life assurance bonds. This is because the tax deferral contributes to minimise Spanish tax exposure for taxpayers in Spain as they can significantly reduce both income tax and wealth tax payable in Spain.

While wealth tax can be a real concern for higher net worth individuals – sometimes enough to prevent them living in Spain – strategic tax and wealth management planning can make the world of difference.

By reviewing how they hold their assets, those with larger investment portfolios can make a substantial difference to tax liabilities – not only wealth tax. Other potential benefits may include income tax deferral, reducing succession tax for heirs, investment flexibility, asset protection and no exit tax liability if leaving Spain to return to the UK.

Specialist advice from a firm like Blevins Franks, which has 40 years’ experience of Spanish tax planning, can help Britons take advantage of all the compliant opportunities available in Spain.