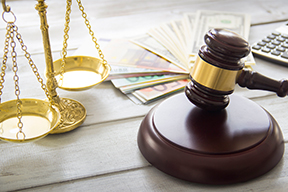 If you are living in Spain and have family living outside the EU/EEA, they should no longer have to suffer higher taxes imposed under the state rules for Spanish succession and gift tax. This is very welcome news for UK nationals with Brexit imminent.

In Spain, inheritance tax (‘succession and gift tax’ or ‘SSGT’) is governed by both the state and the regional ‘Autonomous Communities’. Each of these 17 communities has the right to amend the state rules to make them more beneficial, as several have done over recent years. There has been a general trend towards substantial reliefs and increased allowances, resulting in almost total exemption from inheritance and gift tax in certain cases.

Until 2015, your heirs could only benefit from the more beneficial regional rules if you were “habitually resident” in that region. However, the European Court of Justice ruled that this treatment was discriminatory – it went against the EU principle of free movement of people and capital – and therefore Spain was forced to amend its legislation so that the regional SSGT rules could apply to anyone resident in the EU or EEA (European Economic Area).

While this was very welcome, heirs resident in say Australia or the US – or even the UK following Brexit – could pay much more tax than if they lived in the EU.

In February 2018 the Spanish Supreme Court published a judgement confirming that the Spanish succession and gift tax rules breach the free movement of capital established by the EU Treaty in relation to non-residents.

Following this, the Spanish DGT (Dirección General de Tributos/General Directorate of Taxes) published some binding rulings in December confirming that the SSGT rules should be applicable to all non-residents – regardless of whether they reside in an EU/EEA member state or a third country. Therefore, the exclusion of third countries in relation to the application of SSGT law should not be taken into account.

Following these rulings, some taxpayers claimed for refunds for succession and gift tax paid under the discriminative rules. We have since heard that many of these claims (requested within the Spanish statute of limitations) have been successful and taxpayers have started to receive refunds from the tax office in Spain.

Although the tax law has still not been changed in this regard, it appears that the Spanish tax authority now officially accepts the application of the regional rules, instead of the less favourable state rules, where a third party (i.e. non-EU/EEA) is involved. The European Commission seems satisfied with this approach, and has therefore dismissed its official denouncement against the discriminatory rules previously filed by some Spanish lawyers.

In summary, if you now leave or gift assets to heirs who are not resident in the EU/EEA, they should be able to claim the application of the regional rules instead of the less favourable state ones.

This of course is particularly good news for UK nationals after Brexit.

Anyone who believes they have unfairly paid succession tax under the state rules should speak to their Spanish tax accountant about making a claim.

For more information about the regional succession and gift tax rules, or for advice on effective estate planning to reduce Spanish and UK inheritance taxes and achieve your wishes for your heirs, contact Blevins Franks.