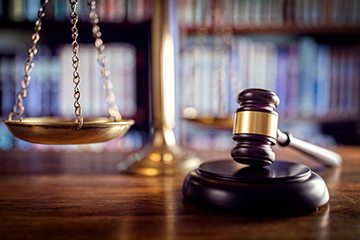 British expatriates need to understand how the Spain-UK double tax treaty affects them. It’s important to know where your taxes are due.

In general, double tax treaties signed between countries are designed to determine the taxation rights of the different income and gains, when there is a conflict (i.e. when assets are located in one country and the individual is resident in another, or when someone is considered resident for tax purposes in two different countries due to each country’s domestic rules).

UK nationals living in Spain need to understand how the Spain-UK double tax treaty works and affects them. It is important to know where your taxes are due.

This article looks at some key provisions of the current double tax treaty signed between Spain and the UK (in force since 2014) which may affect UK nationals living in or owning assets in Spain.

As a general rule, you can only be treated as tax resident in one country. However, it is possible to fulfil the domestic criteria of two countries, in which case your tax residence status is determined by the double tax treaty.

The treaty’s ‘tie-breaker’ clause comes into operation if you are resident both in the UK under UK rules and in Spain under theirs. This determines in which country you are regarded as resident for the purpose of taxes covered by the agreement. There are different criteria such as your permanent home, centre of vital interest and habitual abode. If none determine your residence status, it comes down to nationality or mutual agreement between both countries.
If you are resident in Spain, it is your responsibility to declare yourself to the Spanish tax authorities and submit an income tax return each year. If not, you risk being subject to a tax investigation and paying penalties.

Under this treaty, certain UK pensions are exempt from taxation in Spain. This concerns Government Service pensions (mainly fire, police and civil service, armed forces and local authority pensions, but not NHS).

Note however that the amount of Government Service pension received must now be included in the calculation which determines how much tax you owe in Spain. This is called ‘exemption with progression’. So although this pension income is not taxed in Spain, this effectively means that your other income which is directly taxable in Spain (e.g. other pension and rental income) may be pushed into higher rates of tax, often resulting in larger tax bills.
Other pension income such as UK state pension and occupational pensions are taxable only in Spain, provided you are resident in Spain.

The UK will continue to deduct tax at source from UK pension income (except for UK state retirement pension which is always paid gross) until they are satisfied you are both resident and paying tax on this income in Spain.

Cross-border tax planning can be complex, with various potential pitfalls. To ensure you get your tax planning right, and make the most of the tax mitigation opportunities available, contact Blevins Franks for personalised advice. We have in-depth knowledge of both Spanish and UK taxation and the interaction between them.