Spain locks in protection for UK expatriates in no-deal Brexit 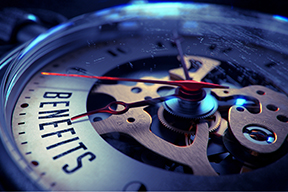 The Spanish government has guaranteed residency and healthcare rights for UK nationals in Spain and Gibraltar after Brexit, but the UK must reciprocate.

The Spanish government has taken steps to guarantee future residency and healthcare rights for UK nationals who have settled in Spain and Gibraltar before Brexit – so long as the UK reciprocates.

Having announced its no-deal contingency measures for UK nationals in January, the Spanish government passed a royal decree in March to embed these into Spanish law. Amidst ongoing uncertainty – and the increasing likelihood of a no-deal Brexit as soon as 31 October – this offers some reassurance for Britons living in Spain.

Foreign minister, Josep Borrell, declared their intention was “to ensure that no citizen is left unprotected… The British living in Spain will continue as before and the Spaniards who live there will as well.”

If the UK leaves the EU without a deal, Spain has offered to provide 400,000 new residency papers that will allow UK citizens the right to stay and continue accessing existing benefits.

Britons would then have until the end of 2020 to apply for a ‘foreigner identity card’ to secure the right to remain from 2021 onwards. While there would be conditions to qualify, the process for anyone who already has permanent residency would “be nearly automatic”.

The message for Britons who are as-yet unregistered in Spain or arriving prior to 31 October 2019 is to make yourself known to the authorities and apply for residency immediately to receive this protection.

While Spain has agreed these benefits will also apply to UK nationals in Gibraltar, the decree specifies that it will have veto rights over future UK/EU negotiations regarding the territory.

The Spanish no-deal measures also include a commitment to continue reimbursing healthcare costs for eligible UK nationals settled in Spain and Gibraltar before Brexit until at least 2020.

While this is reassuring news, this guarantee depends on the UK government offering equal treatment for Spanish nationals in the UK, whether it is through extending today’s ‘S1 form’ arrangement or a new bilateral agreement.

The only no-deal pledge for which Spain has received a reciprocal guarantee from the UK is voting rights. Both countries have signed an agreement that allows UK nationals the right to vote and stand in local elections in Spain and take part in European Parliament elections.

As for the other protections, they remain conditional on the UK reciprocating for Spaniards in the UK. “Although it is unilateral measure passed by Spain” said the Spanish foreign minister, “we expect that it will be met with reciprocity by the British government.”

Mr Borrell claimed his government was willing to “do everything we can to make [them] unnecessary” by avoiding a no-deal Brexit. “We hope this never has to be used” he said.

With still so much uncertainty and more likelihood than ever for a no-deal Brexit, it is a good idea to take personalised advice as soon as possible to establish what you can do to secure your future in Spain.

Blevins Franks are experts at cross-border financial planning. We can review your tax and estate planning, pensions, savings and investments to make sure they are set up in the best way for your life in Spain, whatever happens with Brexit.