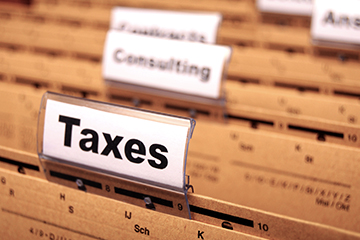 This article looks at the Spanish tax residence rules and income tax rates and rules for employment, pension, rental and savings income.

Here we look at the Spanish tax residence rules and how savings, capital gains, employment, rental and pension income are taxed in Spain. It is important to review your tax planning from time to time, to confirm it is up to date and that you are taking advantage of the opportunities available in Spain to reduce tax liabilities for yourself and your heirs.

You are Spanish resident for tax purposes if any of the following criteria apply to you:

In Spain, there is no split year treatment, therefore you are either resident or non- resident for the whole tax year (i.e. calendar year).

If you are a Spanish resident, you are taxed on your worldwide general income at progressive scale rates, depending on the Spanish Autonomous Community where you are resident. Anything not categorised as savings income is considered ‘general income’, including:

The general income tax scale rates are made up of the state tax rates and the regional tax rates (which are set independently by each particular Spanish Autonomous Community so they vary a little across regions). You will find below the current lowest and highest rates for some Spanish regions popular with expatriates.

If you are a non-resident of Spain, you only pay taxes on your Spanish source general income. This is currently at a flat rate of 19% for residents of an EU/EEA (European Union/European Economic Area) country. Residents outside the EU/EEA will pay 24% instead.

Various deductions and allowances are available for Spanish residents, such as payments into the Social Security system, contributions to a qualifying pension scheme and alimony and maintenance payments.

Additionally, the Spanish ‘Mínimo Personal y Familiar’ is similar (but works differently) to the UK personal allowance. The basic allowance for 2018 is €5,550 per person. This is increased by €1,150 for someone aged 65 or more and a further €1,400 for 75 or over (€8,100 in total). There are additional allowances for dependent family members, ranging from €1,150 to €4,500 according to the age and number of dependents, and allowances of at least €3,000 for dependants with a disability. For joint tax returns the second spouse receives €3,400 (‘reducción por tributación conjunta’).

These allowances are not given as a deduction against income (as in the UK), but instead are given as a tax credit against the total tax payable.

Finally, each taxpayer can apply €2,000 per annum as deductible expenses (‘gasts deducible general’) on earned income.

Pensions are taxed in Spain as general income, so at the progressive scale rates depending on the region where you are resident.

The UK/Spain Double Tax Treaty determines where residents of Spain have to pay tax on UK pension income:

Note that only the UK state retirement pension is paid gross; other pension income will be taxed in the UK until you confirm to HM Revenue & Customs that you are registered and paying tax in Spain. For this purpose, you will need to obtain a tax residency certificate from your local Spanish tax office to send to HMRC PAYE, PO Box 1970, Liverpool, L75 1WX. The Spanish tax authorities (‘Agencia Tributaria’) generally want the tax due on your UK pension to actually be paid for the first time before they will issue a tax residency certificate. This might not be until almost 18 months after you arrive in Spain, though you will ultimately be refunded the UK tax deducted at source.

Need advice on your pensions? Learn more about our personalised, specialist pension advice.

Spanish residents are liable to pay tax on their worldwide employment income, irrespective of whether the work is carried out in Spain or elsewhere. Gross employment income and any discretionary bonuses are taxed as general income in Spain.

However, there are some special rules for certain benefits and you may be able to apply an exemption for work performed overseas, subject to certain requirements.

There is a special tax regime for individuals who become resident in Spain as a result of working in Spain as employees. With this regime, they can opt to be taxed as non-residents for their year of arrival and following five years. This is not automatic and you have to apply for it in your first six months. There are many terms and conditions (and, in spite of still being referred to as the ‘Beckham Law’, it no longer applies to professional sportspersons) so you would need to investigate this further if it applies to you. It is important to mention that this regime is not applicable to pensioners or self-employed individuals.

Self-employment income is subject to tax at the progressive scale rates of tax. The amount taken into account for tax is the net profit – the gross income less the expenses of the business.

All self-employed traders and businesses must register for VAT (IVA) regardless of turnover. The standard rate of IVA is 21% although certain services are exempt or subject to reduced rates.

For Spanish residents, a reduction of 60% is generally available against the net rental income before tax is payable. This applies to all lettings where the property rented will be used as a permanent home (i.e. main home) – ‘Arrendamiento de bienes inmuebles destinados a vivienda’. It is applicable to lettings income from outside Spain, but not to short-term holiday lets.

The net rental income is the amount due after deducting usual day-to-day running expenses for the period in question (e.g. managing agents’ fees, home insurance, mortgage interest, repairs and maintenance etc.) and depreciation of 3% per year of the cost of the property (excluding the land value).

Non-residents who live in an EU/EEA country are taxed on the net rental income from Spanish property after expenses at the flat rate of 19%. Non-EU/EEA residents pay tax at 24% on the gross rental income (so expenses cannot be deducted).

If you own a property in Spain that is not your main home, a purely notional rental income is deemed to arise for periods where the property is not actually let to a third party and therefore empty. For Spanish residents this income is added to their general income and taxed at the corresponding progressive rates, whereas for non-residents it is taxed at 19% or 24% depending on whether they are EU/EEA residents or not.

This ‘Imputación de rentas inmobiliarias’ is generally based on 1.1% of the official value (‘valor catastral’) of the Spanish property as shown in the IBI (‘Impuesto sobre Bienes Inmuebles’) notice for that year, or 2% if the ‘valor catastral’ has not been revised in the last ten years. Where a property is rented for part of the year the notional income is calculated for the time it is empty.

This tax also applies to empty overseas properties owned by Spanish residents. In this case, it is 50% of the acquisition price that is used to calculate the annual charge which is 1.1% of the value. This is added to your other general income and taxed at the progressive scale rates for your Spanish region.

With specialist tax advice you can often use Spanish compliant arrangements to reduce tax on your savings, investments, pensions and assets. Blevins Franks has been advising UK nationals in Spain for 40 years, with offices within Spain for 30 years. We have in-depth knowledge of Spanish taxation and how to use the tax regime to your advantage – with the right tax planning Spain can be very tax efficient for retired expatriates.

Contact us for personalised tax planning advice for Spain.