Spain cracks down on Gibraltar “residency” 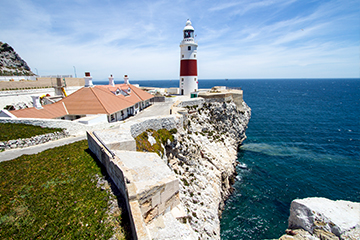 The Spanish tax agency has caught up with wealthy individuals claiming tax residence in Gibraltar when really living in Spain.

The Spanish tax authority has earned €20 million from regularising the status of 160 high net worth individuals claiming tax residence in Gibraltar when really resident in Andalucía (Spain).

The Spanish tax authorities have taken huge steps over recent years to crack down on tax evasion and increase tax revenue. They implemented a number of new measures and adopted new IT tools to make it easier to find those who are not following the Spanish tax rules correctly, as well as to analyse the tax affairs of wealthy individuals with interests in Spain.

Besides looking for those who have failed to declare all their income, including overseas income and assets, they are also focused on false residency claims – i.e. those who live in Spain but claim residence in a low taxation territory like Gibraltar or Andorra to avoid paying higher taxes in Spain.

The Andalusian tax agency is having success with their investigations. On 20th May, the Spanish newspaper ABC reported that “the tax agency is tightening the net on Gibraltar” and has recouped €20 million as a result of the tax enquiries.

The ABC article describes how it is fairly common for foreign nationals to live in luxury residences in the Costa del Sol but are registered as residents in “el Peñón” (the Rock). Being tax resident in Gibraltar means they do not pay Spanish income or wealth tax. It also alleges that they hide their property ownership behind “complex corporate structures” to avoid paying notional rental income tax as non-residents and also property transfer tax when they sell it.

The article goes on to report that “every year, the Spanish tax authorities are prevented from collecting more than one billion euros, as a consequence of the colony’s tax regime, which encourages the creation of offshore companies” (quotes are translations as the ABC article was originally published in Spanish).

Prior to 2013 these “free riders” (to quote the article) could use this system with little or no consequence. But then the Spanish tax authorities began to tighten the net on these Gibraltar residents enjoying a tax-free life in both jurisdictions.

Jorge Ramírez, special delegate of the Tax Agency in Andalucía, told ABC: “A tracking system was used to gather real and documentary evidence, and we found some Gibraltarians whose core interests were actually focused entirely in Spain”.

The investigations were complex because they had to look at the global income of people with assets in different countries. However the hard work paid off, as “the tax enquiries of the residents with fictitious tax status in Gibraltar has now lead to the regularisation of the status of more than 160 taxpayers”.

The Tax Agency found that, since these individuals had been tax resident in Spain, they owed €20 million in tax in total, or an average of €125,000 individually. In most cases, the debts were payable immediately. Some are also being investigated in courts in Málaga and Cádiz.

The authorities have also been looking at those who live in Spain but work in Gibraltar. Prior to 2014, 93% of them failed to declare this income on their Spanish tax returns. But the authorities began collecting evidence that they were earning income in Gibraltar, and today 75% of them make voluntary disclosures.

In Spain, tax residence is not just about day counting. You are resident for tax purposes in Spain if any of the following apply:

It is more important than ever to take personalised, professional tax advice on your financial planning. If you spend time in more than one country or live in one country and have assets or earn income in another, it may be hard to determine where your taxes are due – but getting it wrong could prove very costly. Don’t forget that from September 2018 the number of countries Spain receives automatic exchange of information under the Common Reporting Standard (CRS) from will increase from 49 to 102. Gibraltar began passing on financial information from September 2017, following the CRS rules.

The Spanish taxation regime may not be as taxing as you think, especially for retirees with investment capital. There are compliant tax-efficient arrangements available that can make a considerable difference to how much tax you pay. Contact Blevins Franks for specialist advice.