The Spanish 2018 budget is finally approved 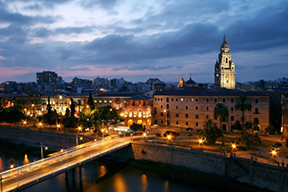 Spain’s 2018 budget does not include major tax changes. Wealthier residents may be affected by the extension of wealth tax for another year.

The Spanish budget for 2018 was meant to have been approved in September 2017, but due to political instability in Spain and the lack of sufficient support to pass the budget, it had to be postponed. With no 2018 budget confirmed at the start of the year, the 2017 budget was automatically extended until the new one could be approved.

The Spanish Congress finally approved the 2018 budget on 23rd May 2018 after weeks of hard negotiations. It has now been approved by the Senate and was published in the Spanish Official Gazette (Boletín Oficial del Estado – BOE) on 4th July 2018.

The 2018 budget did not include any major tax changes and will have minimal impact on UK nationals in Spain. Wealthier residents may be affected by the extension of wealth tax for at least one more year, though this was expected.

Here is a summary of the measures which may affect residents of Spain, depending on your circumstances.

The rules came into force on 6th July 2018, though some of them have special application dates.

If you are affected by wealth tax – for Spanish residents it applies to worldwide wealth worth over €700,000, with an additional €300,000 main home allowance (allowances are per individual, so potentially up to €2 million for resident couples holding assets in joint names) – contact Blevins Franks for advice on how you may be able to potentially reduce your liability.