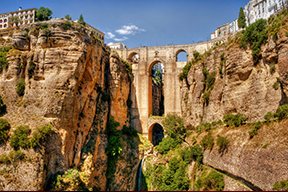 Find out what is happening with Spanish income and wealth tax rates for 2019 and the new succession tax relief for Andalucía, Spain.

A new year is also the start of a new tax year in Spain, but the political situation here means that we do not yet know what income and wealth tax rates we will be paying this year. We are also still waiting for the Andalusian government to provide details of its proposed new regional relief for succession and gift tax.

Autonomous regional governments in Spain have the power to amend the regional part of the income and wealth tax rates and reliefs, as well as to adjust the succession and gift tax reliefs and rules. While many Spanish regions have approved their local budgets for 2019, the Andalucía budget is not yet confirmed.

The state budget for 2019 was debated for a couple of months without an agreement being reached. The 2018 budget was therefore automatically extended until the new one is approved, but when it is finally confirmed any new tax rates and rules are likely to apply retrospectively from 1st January 2019.

On 13th February, the Spanish Congress voted to reject the socialist government’s spending plan for 2019. This defeat led Prime Minister Pedro Sánchez to announce a snap general election for 28th April 2019. This means it will be May at the earliest before a budget can be approved and 2019 tax rates confirmed, but it could take longer, depending on the outcome of the elections.

The current applicable state wealth tax rate for taxpayers with assets over €10,695,996 would be increased by an extra 1%, resulting in a maximum rate of 3.5%. It was also proposed that wealth tax will apply indefinitely and would no longer need to be extended on a yearly basis.

The ruling parties in Andalucía have proposed the following regional tax reforms for 2019:

The Andalusian Governing Council held a meeting recently where they agreed to arrange for the regional tax law to be amended to include the proposed tax measures, so hopefully the new rules will be confirmed soon for taxpayers in the Costa del Sol.

The Spanish Tax Office has set up a new department – “Unidad de Control de Patrimonios Relevantes” – to keep a closer eye on the tax affairs of high net worth individuals.

Consisting of 200 civil servants, this unit will take advantage of new technologies and ‘big data’ to analyse and process all the available information from different sources related to wealthy residents, their businesses and family circumstances.

Anyone who has ‘significant assets’ will fall within the scope of this new unit, with special attention paid to taxpayers with assets over €10 million.

We have also been informed by different tax lawyers in Spain that they have recently seen an increase of inspections on tax residency, particularly for wealthier people. In some cases, the individuals were only spending very few days in Spain, but the Spanish Tax Office is arguing that Spain is their centre of economic interests, which would make them Spanish tax resident.

It has always been important to understand the different Spanish criteria that make you resident here for tax purposes and follow the rules correctly. Tax residence in Spain is not just about day counting; other factors may have a substantial relevance, depending on the circumstances, even if you spend much less than 183-days a year here.

Blevins Franks has an in-depth knowledge of the Spanish tax rules and how they interact with the UK ones. Please do not hesitate to contact us if you wish to clarify your tax position in Spain, or discuss effective tax planning solutions for both Spain and the UK.