News / Is there a limited time to secure tax-free pensions in Portugal?

Is there a limited time to secure tax-free pensions in Portugal? 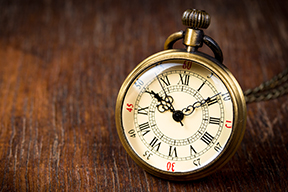 With speculation about a change to non-habitual residency rules in Portugal, is there a limited time to lock in tax-free UK pension income?

It has been widely speculated that the tax benefits of the highly favourable non-habitual residency (NHR) scheme could be watered-down for expatriates settling in Portugal. Confirming that a review of NHR is underway, last month the Portuguese government hinted at plans to start taxing foreign pensions for non-habitual residents in the future.

However, against expectations, NHR changes – which many thought would include a 5-10% pensions tax – did not feature in the recent Portuguese state budget proposal for 2018. While this is still yet to be approved by the rest of parliament on 28 November, it seems likely that the NHR regime will be unchanged – for now at least.

Who would be affected by a change?

Any new tax on pensions is likely to only apply to those acquiring NHR status after a certain date. So if you have already registered for NHR – or do so before any changes come into effect – your benefits should be locked in and continue for the full ten years of your initial residency.

How does NHR work now?

You can qualify for NHR if you have not been resident in Portugal within the last five Portuguese tax years.

Britons with non-habitual residency can currently receive most UK pension income without attracting tax for their first ten years in Portugal. This is because NHR offers tax exemptions for many types of foreign-source income that is taxed or taxable in another country under the terms of a double tax treaty.

As the UK-Portugal tax treaty gives Portugal the taxing rights on UK private pensions, company pensions and the UK State Pension, most UK pensions qualify. As a result, it is currently possible to withdraw UK pension funds completely tax-free during your first ten years here.

Rental income, certain capital gains, interest and dividends can also be exempt, with any UK tax deducted reclaimable. The key exceptions here are UK government pensions – including those from a local authority, the army, police, teaching, fire service and some NHS departments – which always remain taxable in the UK.

Why the speculation about change?

Not only would Portuguese coffers be boosted by extra taxation, the government is under immense pressure from other European countries to impose taxation on expatriate retirees.

Currently, many countries with double tax agreements with Portugal – including the UK – offer tax relief to nationals during their working lifetimes on pension contributions and growth. Revenue is expected to be recovered later through income tax paid on pension withdrawals during retirement. However, this is not the case for those who move to Portugal under NHR, who can access their pensions without paying tax in either country.

Last November, the Portuguese government bowed to pressure from Finland to allow taxation of Finnish pensioners with NHR status from 2019. With intense pressure coming now from Sweden and elsewhere, Portugal’s finance minister, Mário Centeno, has pledged to standardise taxation of foreign pensions to maintain “a good fiscal relationship” with other European countries.

Even with a potential future tax of up to 10% on foreign pension income (still lower than many countries) – or if you do not qualify for NHR – Portugal offers some very attractive tax benefits for British expatriates. While UK pension income outside the NHR regime attracts the usual scale of Portuguese income tax rates peaking at 48%, there are opportunities for extremely favourable tax treatment on investments. Local inheritance tax (stamp duty) is also relatively benign – affecting Portuguese assets only at a fixed rate of 10% for indirect family members or non-related individuals. See more about taxes in Portugal

But for most people, settling in Portugal is about more than financial benefits. For those already living here, it will be no surprise that Portugal is ranked the best country in the world for expatriates’ quality of life (InterNations ‘Expat Insider’ 2017).

If you are thinking about moving here, it is a good idea to do so sooner rather than later under existing rules to secure current benefits. Acting pre-Brexit is also advisable – the UK’s new 25% tax on QROPS transfers outside the EU/EEA could extend to transfers within the bloc once Britain sheds its EU obligations, leaving limited time to make tax-free pension transfers.

Despite potential tax changes – and Brexit – Portugal still has much to offer Britons seeking a place in the sun. Take personalised, cross-border financial advice to make the most of the opportunities available for you and your family.

See more about living in Portugal