News / Time to plan ahead for Brexit in France

Time to plan ahead for Brexit in France 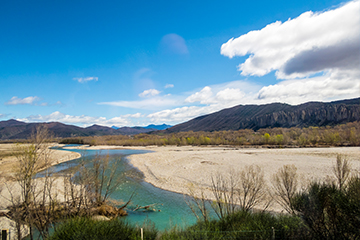 UK expatriates in France should review their pension, investing and tax options and understand the post-Brexit French exit tax implications.

Before Brexit takes full effect in 2021, UK expatriates in France need to review their pension, tax and investment options, including the implications of French exit tax.

We have all been talking about Brexit for going on for four years now. But 2020 is the year UK nationals living in and moving to France need to stop just talking about it and start taking action where necessary.

The transition period gives everyone a little breathing space. Although little should change over the period, the clock is ticking – once the countdown is over there will be changes.

If you have not yet finalised your residency in France, now is the time to do so.

If you need to adjust your financial planning to protect your wealth, investigate your options now, before it is too late.

If you have assets in the UK and are planning on living in France long-term, consider whether it makes sense to keep assets in one place while you are settled in another. This becomes more pressing when one country is an EU member and the other is not.

Here we take a closer look at pensions and taxation before and after Brexit.

Brexit’s effect on pensions and QROPS in France

Many British expatriates have chosen to transfer their pension funds out of the UK and into a Qualifying Recognised Overseas Pension Scheme (QROPS) for the various benefits they offer. For example:

French residents can currently transfer their UK pensions into a QROPS tax free, but once the Brexit transition period is over it is highly likely that the UK will start to impose a 25% tax charge. This would mean you could lose a quarter of your pension savings.

This ‘Overseas Transfer Charge’ was unexpectedly introduced in the UK’s 2017 spring budget (just after the Brexit referendum). This 25% tax is applied when funds are transferred from UK pension funds into offshore pension schemes – but there are currently some exclusions. In particular, you escape this tax if you and your QROPS are resident in an EU/EEA country (or both in the same country outside the EEA).

Many speculate that the once the UK is no longer bound by EU rules, such as freedom of movement of capital, it may extend this 25% charge to transfers within the EU too. This would be easily done since the legislation is already drafted to catch all pension transfers, so the government would just need to remove the exclusion.

While QROPS can be a very attractive option, they are not suitable for everyone and you need to weigh it up against your other pension options. Take specialist, regulated advice to ensure you understand all the pros and cons. But if you are interested in QROPS, don’t risk leaving it too late or you may well face the 25% charge. Pension transfers can take several months to complete, so it is best to act sooner rather than later.

Read ‘Countdown is on to review UK pension options before Brexit’

Brexit’s effect on taxation in France

Even without Brexit, it is worth reviewing your UK assets to establish how much they are costing you in tax. Weigh this up against the tax you could pay if you moved the capital to France, especially when using tax-efficient structures such as assurance-vie.

See how income from UK assets is taxed in France

Taxation and double tax treaties are domestic, not EU, issues, so the tax rules that apply to British expatriates in France today should not change after Brexit. That said, under their domestic rules, some countries do tax non-EU/EEA assets differently to domestic/EU assets.

For example, under French rules, very beneficial tax treatment can apply to life assurance/assurance-vie policies. However, some of the key advantages only apply to EU policies, so if you have a UK life assurance policy you could end up paying more tax once Brexit is completed if you do not take action in the meantime.

Exit tax in France after Brexit

If you plan to return to live in the UK after Brexit and have shareholdings totalling over €800,000 or own more than 50% share of a company, you need to be aware of France’s ‘exit tax’.

If you have been resident in France for six of the last ten years, this tax (currently 30%) is levied on gains accrued while French resident and arises the day you depart. It is deferred (until the shares are sold, reimbursed etc) if you move to an EU country, or to an EEA country with a tax assistance agreement with France. There are other circumstances where it can be postponed or cancelled, but Brexit could be significant for those potentially affected by this tax.

If you are concerned, the key is to take advice to clarify the situation for your situation (exit tax has various rules and conditions) and to find out if you revise your investment arrangements so that they escape exit tax.

There is still much that is unknown about Brexit, as much will depend on the various negotiations that will now take place.

See what UK expatriates need to know about the Withdrawal Agreement

So you may want to take action now, under current rules, rather than wait to see what happens and risk finding you have missed opportunities.

All advice received from any Blevins Franks firm is personalised and provided in writing. This article, however, should not be construed as providing any personalised advice. The tax rates, scope and reliefs may change. Any statements concerning taxation are based upon our understanding of current taxation laws and practices which are subject to change. Tax information has been summarised; individuals should seek personalised advice.