News / No tax between spouses upon death? Not always

No tax between spouses upon death? Not always 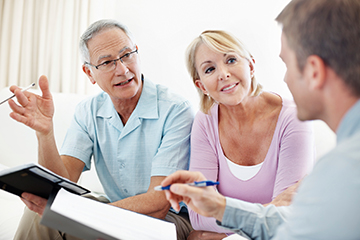 In a previous Wealth News, we discussed a case that highlighted the importance of using a financial adviser who fully understands the French tax system. In that example, a client had been misadvised by her UK adviser about what to do with her late husband’s pension. The problem arose because the adviser was unaware how the succession tax treatment of UK pensions here can result in French taxation.

This case also illustrated how there is sometimes good justification in taking pension benefits as a lump sum to reinvest into an assurance-vie, particularly if this can be done before age 70.

A more recent case highlights another reason why taking qualified guidance is essential where pensions are involved.

Mr C was aged 72 and had a pension fund of about £400,000, but was looking for more flexible access than the pension structure allowed.

As part of the review, we looked at how the pension lump sum would be taxed in France if Mr C died after the age of 75. In the UK the rules are that, no matter who takes the lump sum, there is a charge on the fund based upon the recipient’s marginal rate of tax. Where the beneficiary is non-UK resident – in this case his wife – then the pension provider will use the emergency tax rate. However, this tax cannot be claimed back as it is not, in effect, a tax of income but a charge on the pension fund.

As a result, even though the money was being paid to the widow and would not be liable to succession tax in France, she would still lose around 40% of the fund – £160,000 in this instance. If Mrs C had died first and the money passed directly to children, then the UK charge would still apply. If the children were UK resident, this would be at their marginal rate, but succession tax would also be applied in France at 20%, or even 60% if they were stepchildren. If the children were resident elsewhere, then the fund charge would be taxed at the emergency rate along with succession tax. So as you can see, the total impact on the fund being inherited can be incredibly high.

In this case, there was a simple solution, which was to transfer the pension fund to a Qualifying Recognised Overseas Pension Scheme (QROPS). The transfer itself created no immediate tax charge, and death after age 75 does not trigger the tax charge on the fund. Although succession tax cannot be avoided, in all other respects, the QROPS can provide the same benefits as the UK pension in terms of accessibility.

However, transferring to a QROPS is not a suitable option for everyone. As with all advice on pensions, it is important that you seek independent, qualified, professional advice to ensure that your retirement planning is tailored to your individual needs and circumstances.

Please do not hesitate to contact us if you have any questions or would like personalised advice.