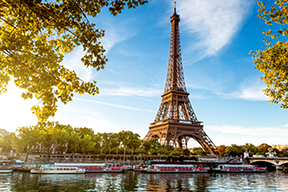 Unfortunately, too many people fail to re-evaluate their financial arrangements when they decide to move or retire overseas. Most of these vehicles will not be tax-efficient in any other country, and the UK’s upcoming divorce from the EU will only make this situation more complicated.

Tax-efficiency in the UK
Personal Equity Plans (PEPs) and their replacement ISAs have proved to be hugely popular in the UK. Families who have saved the maximum annually and invested wisely in stocks, shares and managed funds have in some cases seen valuations exceed £1 million in a vehicle where no tax is due in the UK.

Many savvy investors have also used UK and offshore single premium life assurance bonds as holding vehicles for the excess capital they have to invest. They offer tax deferral and other benefits to those with sufficient spare capital. Others have gone for the tax reliefs and exemptions available to investors in VCT and EIS arrangements.

A change in an individual’s personal plans, particularly at the point of retirement – when many take the opportunity to follow their dream of living in a sunnier and more relaxed environment – should also mean a review of the financial structures already in play. But it is often the case that the change in personal circumstances races ahead of their existing financial arrangements, to the extent that no adjustments are made to take account of the new country’s tax and financial regime.

Tax-efficiency in France
On moving to France, for example, UK ISAs, VCTs, and EISs have no tax benefits whatsoever. Any interest or dividends received will be liable to income tax and social charges in France. Similarly, any disposal of stocks, shares or funds at a profit will be liable to capital gains tax plus social charges. It would therefore normally be advisable to have sold down these investments prior to leaving the UK (though VCTs and EISs may need particular thought if the disposal is within the qualifying period, or if in respect of the EIS the investor has claimed capital gains tax deferral relief at the outset of the investment).

If you had used a UK or offshore single premium life assurance bond as an investment vehicle, then its validity in terms of ongoing tax deferral benefits will depend upon the location of the issuing life office.

Offshore policies sold in the UK include those from Dublin and Luxembourg, but the vast majority of business written has been by Isle of Man life offices. UK-issued life policies have tended to focus on regular savings rather than large, single premiums.

France has its own tax legislation for these kind of insurance contracts, or ‘assurance-vie’.  They have significant income tax benefits (though no equivalent of the 5% allowance), as well as savings in respect of French wealth tax for new residents and succession tax. Policies taken out outside of France but within the EU should receive the same preferential tax treatment as a French assurance-vie, and those issued by life offices based in Luxembourg have been the most popular among French residents.

Future-proofing for Brexit
It is also important to consider the impact of Brexit on any assets or tax-efficient investment vehicles. A UK-issued life policy will become a non-EU life policy, and will not qualify for all the tax benefits offered by assurance-vie.

A new life is exciting, but the tax and financial impact should be one of the issues close to the top of any checklist. Failing to plan for a new country’s tax and financial system could put someone in a far worse situation than if they had reviewed their position before leaving.