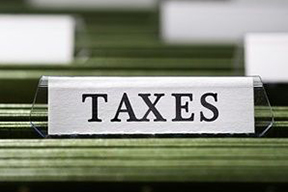 Understand what makes you tax resident in Spain, and how your income will be taxed. Part 1 looks at general income, savings income and employment income.

As a resident of Spain you will be liable for income tax on your worldwide income and gains at progressive scale rates after any available allowances and deductions, depending on the region where you are resident. Non-residents of Spain will be liable for Spanish income tax only on Spanish income and gains at fixed rates and with generally less or nil allowances or deductions.

You will become Spanish resident for tax purposes if any of the following criteria are met:

In Spain there is no split year treatment, you are either resident or not resident for the whole tax year.

How income is taxed

Income (including capital gains) is split into ‘general income’ (renta general) and ‘savings income’ (renta del ahorro). After being calculated according to the rules for each particular type of income within each category, the total of ‘general’ and ‘savings’ is termed the base imponible (or taxable base). After any deductions and allowances it is then known as the base liquidable (net taxable base).

If you are a Spanish resident, the savings income and capital gains rates for 2017 are:

If you are a non-resident, you pay taxes on savings income and capital gains at a flat rate of 19% (subject to tax treaty provisions) on your Spanish source income only.

If you are a Spanish resident, you are taxed on your worldwide ‘general’ income at progressive scale rates. Anything not categorised as savings income is included here, including:

The income tax scale rates are made up of the ‘state tax rates’ and the ‘regional tax rates’ (which are set independently by each particular Spanish autonomous community). Generally, for 2017 general income, the tax rates start at 19% for income under €12,450 and rise up to 45% for income over €60,000. However, the rates can vary according to the regional tax rates that apply in that autonomous community, so income tax rates in your area may be slightly higher or lower than this.

If you are a non-resident, you pay taxes only on your Spanish source income and capital gains at the flat rate of 19% if you are resident in another EU/EEA (European Union/European Economic Area) country. Residents outside the EU/EEA will pay 24% instead.

Deductions and allowances are generally available for Spanish residents. The ‘Mínimo Personal y Familiar’ is similar to the UK personal allowance. Any allowance not used against the general income can be set against the savings income.

Note that the allowances are not given as a deduction against income (as in the UK), but instead are given as a tax credit against the total tax payable. The amount of credit is calculated by taking the total personal allowance and multiplying this by the scale rates of tax, starting with the lowest rate first. It is then deducted from the taxpayer’s total tax payable for the year. This has the effect of relieving tax not at the taxpayer’s marginal rate, but first at the lowest rate of around 19%, and then at the higher rates where applicable.

If you are a Spanish resident and physically work in the UK for a non-Spanish employer, your income will usually be taxed in the UK.

If you perform duties in the UK for a Spanish employer and spend fewer than 183 days in the UK during the UK tax year, you will only pay income tax in Spain.

Social Security contributions will also be payable on employment income. These are usually paid to one country only, based on total earnings. The country where they are payable will depend on various factors, including where the work is performed and where the individual is habitually resident.

Self-employment income is subject to tax at the progressive scale rates of tax in Spain.
The amount taken into account for tax is the net profit – the gross income less the expenses of the business.

All self-employed traders and businesses must register for VAT (IVA) in Spain regardless of turnover. The standard rate of Spanish IVA is 21% although certain services are exempt or subject to reduced rates.

Social Security contributions are also payable, and these are tax deductible in Spain. If you are self-employed, a minimum contribution of around €285 per month is payable, regardless of profits.

Part 2 of this article looks at how pension and rental income is taxed in Spain.

The tax rates, scope and reliefs may change. Any statements concerning taxation are based upon our understanding of current taxation laws and practices which are subject to change. Tax information has been summarised; an individual must take personalised advice.