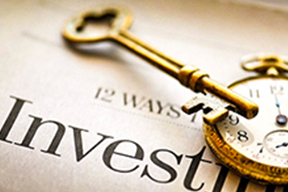 How are your UK investment structures working in France? The problem is that investments that work really well in the UK may not be very tax efficient for French residents.

There is an old joke about a tourist who has lost his way and stops to ask a local for directions.  After giving the matter long and thoughtful consideration, the local scratches his head and replies, “well, I wouldn’t be starting from here!”

We are often reminded of that joke when I am asked to help people sort out their UK investments in the most beneficial way now that they live in France.  The problem is that investments that work really well in the UK –  ISAs, Premium Bonds, National Savings and even pensions – may not be very tax  efficient for French residents.

Moving investments into a suitable structure in France can however cause a dilemma, in that cashing them in can create a tax bill, capital gains tax for example.  So whilst it is in one’s best interests to set up financial affairs for France, the procedure can initially involve a short term ‘pain’, and although this can be outweighed by a longer term gain, the process can still be off-putting for some.

However, some good news is that the fall in sterling against the euro can be advantageous in these instances.  This is because the gain calculation uses the euro value at both the date of purchase and of sale.  With the exchange rate currently low, this can mean a gain that has been made in British pound terms can be minimised and sometimes even removed entirely.

We recently assisted clients to move their UK ISA portfolio into an Assurance Vie where their investment would be more tax efficient.  Due to the drop in sterling,  the capital gain was reduced  by around 10%.  In another instance, the sale of a second home in the UK resulted in a sterling gain of £12,000 but in euro terms the vendor had actually made a loss, so there was no French tax to pay at all.

Using French compliant investments can be very beneficial in France. Make sure, though, that you use arrangements that are suitable for you and your objectives. For example, there are many different types of Assurance Vie, based in various jurisdictions, and this can make a difference to the advantages they offer.

If you are still using your UK adviser, they probably will not know the best guidance for French residents. You need an adviser who lives in France and has in depth and personal knowledge of the French tax regime and its frequent changes.   They should also be highly knowledgeable on UK taxation and how it interacts with French taxation.

With the Automatic Exchange of Information rules beginning to take effect, more people are being asked questions by the French tax authorities about their UK investments.  Now could be a good time to get things in order by restructuring your investments so that they are working as effectively as possible for you in France.