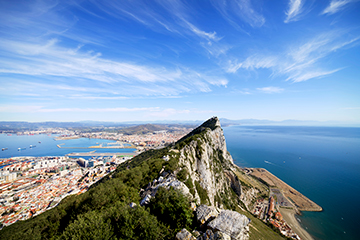 People who split time between Spain and Gibraltar are under renewed scrutiny by the Spanish tax office. Following a wide-ranging investigation, the Spanish hacienda has collected €20 million – around €125,000 each – from 160 individuals who claimed tax residence in Gibraltar when really resident in Andalucía, Spain.

This highlights how crucial it is for people with cross-border lifestyles to get their tax planning right. With new tools and systems in place for global tax transparency, it is easier than ever to get caught out if your affairs are not in order. Getting it wrong – even if unintentional – can prove very costly.

The Spanish tax authorities have taken huge steps over recent years to crack down on tax evasion and recoup tax revenue. New measures, including mandatory Modelo 720 tax declarations and IT tools, make it easier to find anyone not complying with Spanish tax rules and to analyse the tax affairs of wealthy individuals with interests in Spain.

This agenda has been helped by the implementation of the new global exchange of information regime under the ‘Common Reporting Standard’. Last September, both Spain and Gibraltar started automatically sharing financial information on residents’ assets and income with other countries – there are now over 3,200 agreements in place between 90 jurisdictions to exchange taxpayers’ data each year. As a result, it is much easier for local tax offices to check whether tax return declarations are accurate.

As well as looking for residents who have failed to declare all income, the recent investigation from the Spanish authorities reveals how hey are targeting false residency claims. Of particular focus is those who live in Spain but claim residence in a low taxation territory like Gibraltar or Andorra to avoid paying higher taxes in Spain.

It is estimated that the Spanish tax authorities miss out on over one billion euros a year as a consequence of Gibraltar’s loose tax rules. For example, wealthy foreigners who live in luxury residences in the Costa del Sol are seen registering as Gibraltar residents to avoid paying Spanish income or wealth tax, using complex offshore structures to mask property ownership and avoid further taxation.

In their latest tax investigation, the authorities used a tracking system to scrutinise the global income of people with interests in Spain and assets elsewhere. The 160 high net-worth ‘Gibraltar residents’ who were subsequently penalised were found to have their ‘core interests’ focused entirely in Spain.

However, being resident in Gibraltar but having a Spanish bank account and owning a house in Spain (even a holiday home) could be enough to raise a red flag to the authorities, especially if mail is received at the Spanish address.

Another target for the hacienda is those who live in Spain but work in Gibraltar. Before 2014, 93% failed to declare this income on their Spanish tax returns. Now that the tax agency has started collecting evidence that they are earning income in Gibraltar, 75% make voluntary disclosures.

It is possible to meet the rules for Spanish residency without realising it. Spanish tax residence is not just about day counting; you are resident for tax purposes in Spain if any of the following applies:

Under this climate of scrutiny, it is more important than ever to take personalised, professional advice on cross-border financial planning. If you spend time in more than one country or live in one country and have assets or earn income in another – including the UK – it may be hard to determine where your taxes are due.

The Spanish tax regime may not be as taxing as you think, especially for retirees with investment capital. Take specialist cross-border advice for peace of mind that you are meeting your obligations while making the most of tax-efficient opportunities to legitimately reduce your tax bill.