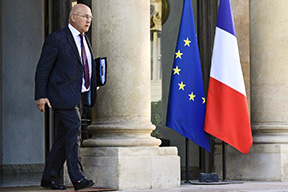 France’s budget introduces an income tax reduction for low earners and confirms the PAYE system will start next year. There are no changes to wealth tax and only a minor one to succession tax.

France’s budget introduces an income tax reduction for low earners and confirms the PAYE system will start next year. There are no changes to wealth tax and only a minor one to succession tax.

Finance bills in France can introduce far-reaching tax reforms. Recent years have seen, for example, substantial changes to wealth tax and how investment income is taxed. The 2017 budget will however have little impact on retired British expatriates in France. Nonetheless, it is still important to ensure your tax planning is up to date following previous reforms, and ensure you are not paying more tax than necessary.

Here is a summary of the tax measures introduced by the 2017 budget.

There will be a 20% income tax reduction for taxpayers with low income – up to €18,500 for individual taxpayers and €37,000 for couples with joint tax returns. A scale rate mechanism is introduced for those earning up to €20,500 (individuals) and €41,000 (couples). These limits will be increased by €3,700 for each additional half ‘part’ for dependants.

It is confirmed that France will finally have a Pay As You Earn (PAYE) system. It will start in 2018 and apply to employed and self-employed individuals, and those receiving French pension and unfurnished letting income. It will also apply to wages, pensions and annuities paid by non-French entities to French resident individuals.

The tax credits for ‘Pinnel’ investments and for non-professional landlords under the ‘Censier-Bouard’ rules are extended to 31st December 2017.

There are no changes to wealth tax. The wealth tax holiday period has not been extended up to eight years as was predicted, and remains five years.

The only change to succession tax is that the tax reduction for families is removed. Previously, a beneficiary with more than three children could reduce their succession tax bill by €610 per third and subsequent child if the inheritance came from a parent or spouse; or by €305 per child with inheritances from other relatives.

The special impatriate regime for employees from other countries is extended from five years to a maximum of eight. Those under this regime are no longer subject to ‘salary’ tax, which is a special tax payable by the employer on the employee’s income.

All these reforms come into effect from January 2017. There is a Presidential election in a few months’ time, so we need to wait and see if the new President changes any of these reforms or introduces new ones.

Contact Blevins Franks to discuss this further. We can put it into context for you and outline tax planning opportunities.