News / Implementation of PAYE system in France from January 2019

Implementation of PAYE system in France from January 2019 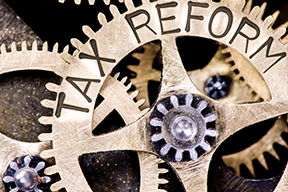 France will implement a new PAYE system from 2019. It applies to employment, retirement income etc but investment income is excluded.

After years of promises, discussions and abandoned reforms, France is finally ready to change the way income tax is collected. As from 1 January 2019, France will operate a pay-as-you-earn (PAYE) system.

How is the French tax system changing?

Currently, French tax residents file an annual income tax return and pay their income tax the year after the income was received. This is done through a one-off payment, three monthly payments or ten monthly payments based on the previous year’s taxes.

As a result of the new French tax law, from 1 January 2019 French tax residents will be subject to a monthly withholding tax on their income for that year. So, in 2019 they will pay tax on 2019 income rather than paying the 2018 income tax when they file their 2018 tax return.

The way French tax is calculated (joint tax return for households/numerous tax deductions and tax credits), and the specific French filing tax requirements which imposes a tax return to be filed the year after the income is received, will be maintained.

This causes complexity, particularly for investments decisions in 2018 and in 2019 when the new system is implemented.

Not all income will be subject to the new withholding tax system.

The following types of income will be subject to the new PAYE system:

The following types of income/gains will be excluded from the PAYE system:

•    Investment income (i.e. dividends or interest) including gains from life insurance policies
•    Capital gains deriving from real estate property and financial investments (e.g. sale of
•    stocks/shares)
•    Non-French income which is subject to French tax credit in accordance with a double tax treaty (UK rental income of a French resident falls into this category)

How PAYE will be collected at source

1) Collected by the paying agent through the PAYE system

The collecting agent is solely responsible for collecting the correct amount of tax and taxpayers themselves cannot be held liable for any errors or omissions.

For all other types of income (including business profits and independent income, rental income, maintenance payments, purchased lifetime annuities and non-French source income concerned by the PAYE), the French tax authorities will collect the tax either monthly or quarterly by direct debit from a bank account provided by the taxpayer.

The monthly debit will represent 1/12 of the 2017 income tax as calculated at the bottom of the last tax bill issued in August.

The taxpayer will incur penalties if the tax authorities are unable to collect the tax, for example due to insufficient funds in the account.

Investment income not affected by the PAYE system

All other income not impacted by the PAYE, such as interest, dividends, capital gains, gains from life insurance policies (depending on the contract’s date) will continue to be subject to the 30% flat tax rate. As now, the taxpayer can elect for the progressive income tax rate instead (keeping in mind that this election must cover all their income).

For the year 2018, with the application of the new system of taxation, the 30% flat tax rate applies to all the gains deriving from investments made after 27 September 2017.

The favourable income tax rate of 7.5% granted to policies held for eight or more years is still applicable to policies which do not exceed €150,000 per person (€300,000 for a joint policy).

For investments made before 27 September 2017, tax can still be paid under the “Prélèvement ForfaitaireLibératoire” system to benefit from the income tax rates of 7.5% and 15%.

Policies held for more than eight years will continue to receive the €4,600 allowance (€9,200 for married couples / PACS partners).

The existing “Prélèvement Forfaitaire non Libératoire” system for paying tax on foreign source dividends and distribution applies to Assurance-Vie gains deriving from investments made after 27 September 2017. It is French tax residents’ responsibility to file a specific tax form and pay the 30% flat tax by the 15th of the month following the withdrawal.

You should take personalised, professional advice to establish which would be the best tax option for you when filing your tax return.

The taxpayer can choose one of the following three options to determine the withholding tax Rate for the PAYE:

There will be a certain degree of flexibility for an individual to increase or decrease their withholding tax rate. Adjustment must be requested via the taxpayers’ online tax account on the Ministry of Finance website www.impots.gouv.fr. The local tax centre will be responsible for calculating the revised withholding tax rate and transmitting this to the employer.

There will still be an obligation to file an income tax return in the year following that in which the income was received. The tax return for income received in calendar year 2018 will be filed in May/June 2019.

Any balance of tax due must be settled by the end of the year (penalties will apply for non-payment). Or, where applicable, the tax authorities will refund any overpayment.

If you hope to qualify for a tax-free year or “blank” fiscal year for 2018, you may be disappointed.

2018 income will still have to be declared, but it will be neutralised by the CIMR tax credit – (“Crédit d’Impôt de Modernisation du Recouvrement” or “Tax Credit for the Modernisation of the Recovery”.)

Exceptional income and excessive increases in current income will not be neutralised by the CIMR and will therefore be taxed.

Exceptional income not neutralised by the CIMR (and therefore taxed for the year 2018) includes: severance pay of employees and compensation paid to corporate officers; pension benefits paid in the form of capital; sums withdrawn on a Salary Savings Plan, and in general, any other income which is not likely to be collected annually.

When it comes to rental income, independent income and business income, limitations have been set up to avoid taxpayers receiving higher income in 2018.

For 2018, with the calculation of the CIMR, taxable income will be taxed at the average rate of tax and not the usual marginal tax rate. This could be interesting for taxpayers who received gains from an insurance policy and benefit from the 12.8% flat tax rate.

This new PAYE system is an interesting development for France and will be of benefit to those receiving French source employment or pension income. Those receiving investment income or foreign pension income should clarify what, if anything, they need to do and what their options are.

Any questions?  Ask our Blevins Franks advisers for help.

With thanks to Catherine Terry, Tax Lawyer, [email protected], for providing information on this complex French PAYE tax reform.