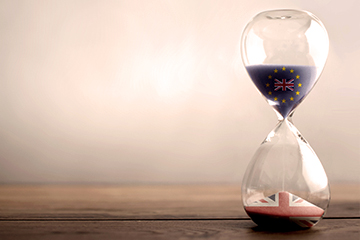 The French government has confirmed legislation allowing Britons to stay and access benefits in France even with a no-deal Brexit.

Amidst ongoing uncertainty as the Brexit clock runs down with no agreed outcome, France has taken particular care to reassure British expatriates that they are welcome to stay, whatever happens with Brexit.

In January, French Prime Minister Edouard Philippe confirmed legislation that allowed his government to make quick decisions by decree in the event of a no deal Brexit. This was necessary, he said, “to respect our obligations, to make sure that the lives of our citizens and… British citizens living in France are impacted as little as possible.”

Provided that the same rights are guaranteed for French people living in the UK after Brexit, the new bill enables UK nationals living in France to have:

Although the French government has allowed extra time for Britons to regularise their residency status, they still recommend that this is done as soon as possible, even if a Brexit deal is agreed.

Once you have been living in France for five years or more as an EU citizen, you become eligible to apply for permanent residency.

Britons who have been in France for under five years should apply for a temporary carte de séjour residency card, usually renewable each year.

Post-Brexit, you would have to apply as a ‘third country national’, but under the terms of the new bill, Britons would need to meet simpler conditions than other non-EU citizens.

In October 2019 the French government launched an online portal to make it easier for UK nationals living in France to secure residence in the event of a no-deal Brexit. You can now apply for the appropriate residence permit at: https://contacts-demarches.interieur.gouv.fr/brexit/brexit-residence-permit-application/

UK nationals would also to be able to stay in certain regulated professions not usually open to non-EU foreigners (notaires, avocats, accountants etc.) and to remain as fonctionnaires (civil servants, including teachers in state schools, and nurses in public hospitals).

The French Prime Minister’s office says a separate order would “ensure the continuity of certain financial activities, in particular relating to insurance, after the loss of the UK’s financial passport”. This suggests that UK nationals living in France will continue receiving payments from British private pension and insurance companies, even in a no-deal situation.

Next steps and further information

The French government stated it is “empowered to take any other measure necessary to deal with the situation of British nationals residing in France.”

However, none of the no-deal provisions are automatic; they would still need to be passed into law by order of the French government – and this relies on the UK government reciprocating for French nationals in the UK.

The French authorities have set up a website with information on Brexit and the full text of these proposals together with other useful information at: https://brexit.gouv.fr/sites/brexit/accueil/vous-etes-britannique-en.html

You can also find relevant information and news about any upcoming outreach meetings at the British Embassy in Paris website.

With still so much uncertainty about Brexit, it is sensible to take personalised advice as soon as possible to establish what steps, if any, you still need to take to formalise your residency and secure your future in France. A financial adviser with cross-border expertise can review your tax and estate planning, pensions, savings and investments to make sure they are set up in the best way for your life in France, before and after Brexit.