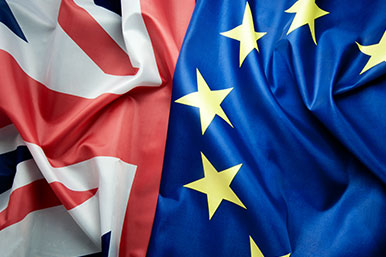 As the UK Parliament engulfed itself in a Brexit quagmire of its own making, 29 March came and went with no Brexit and no deal in place. Now, with Brexiteer Boris Johnson at the helm – and the chances of an Autumn no-deal Brexit looking increasingly feasible – we look at what some EU nations have already done to lock-in citizen rights.

“The British are welcome in Portugal” said Interior Minister Eduardo Cabrita, “as residents, as tourists, as investors, as students”.

Portugal announced its no-deal contingency measures in January, and embedded these protections into law on 28 March. These ensure UK nationals settled in Portugal before the date the UK leaves the EU will continue to be regarded as residents, even in the event of no-deal.

The right to remain and access associated benefits, including healthcare, will continue uninterrupted for existing residents and their families until 31 December 2020.

UK citizens who have been in Portugal for less than five years will need to apply for a registration certificate (cartão de residéncia) with the local câmara municipal or conservatória before Brexit takes place.

Current residence documents will remain valid. After five years, Britons will be able to apply for permanent residence under softer rules than those usually applied to non-EU residents (third country nationals).

Other commitments for UK nationals include:

However, the legislation states that the guarantees for Britons are conditional on the UK reciprocating in respect of Portuguese citizens in the UK.

Having announced its no-deal contingency measures for UK nationals in January, the Spanish government passed a royal decree in March to embed these into Spanish law.  Foreign Minister, Josep Borrell, declared their intention was “to ensure that no citizen is left unprotected…The British living in Spain will continue as before and the Spaniards who live there will as well.”

In a no-deal scenario, Spain has offered to provide 400,000 new residency papers that will allow UK citizens the right to stay and continue accessing existing benefits. Britons would then have until the end of 2020 to apply for a ‘foreigner identity card’ to secure the right to remain. While there are conditions, the process for an existing permanent resident would “be nearly automatic”.

The message for those Britons as yet un-registered or those arriving prior to 31 October 2019 is to make yourself known to the authorities and apply for residency immediately to benefit from this protection.

The Spanish no-deal measures also include a commitment to continue reimbursing healthcare costs for eligible UK nationals settled in Spain before Brexit until at least 2020.

While this is all reassuring, these guarantees depend upon the UK government offering equal treatment for Spanish nationals in the UK, whether it is through extending existing ‘S1 form’ arrangements, or a new bilateral agreement.

In January, French Prime Minister Edouard Philippe confirmed legislation that allowed his government to make quick decisions by decree in the event of a no-deal Brexit. This was necessary, he said, “to respect our obligations, to make sure that the lives of our citizens and… British citizens living in France are impacted as little as possible.”

Provided that the same rights are guaranteed for French people living in the UK, the new bill enables UK nationals living in France to have:

Although the French government has allowed extra time for Britons to regularise their residency status, they still recommend this is undertaken as soon as possible, even if a Brexit deal is agreed.

After living in France for five years a UK national becomes eligible to apply for permanent residency. Those present for under five years should apply for a temporary Carte de Séjour residency card, usually renewable each year.

Whilst post-Brexit, UK nationals could apply as ‘third country nationals’, the terms of the new bill mean conditions are simplified compared to the rules for other non-EU citizens.

The bill’s no-deal provisions would also preserve the social security rights of UK nationals living in France before Brexit. UK nationals would also to be able to stay in certain regulated professions not usually open to non-EU foreigners (notaires, avocats, accountants etc.) and to remain as fonctionnaires (civil servants, including teachers in state schools, and nurses in public hospitals).

The French government stated it is “empowered to take any other measure necessary to deal with the situation of British nationals residing in France.”

What we can see here from each nation is a recurring theme – none of the no-deal provisions are automatic – they are all conditional on the UK reciprocating with its own legislation in respect of each jurisdiction.

At the time of writing, the only no-deal pledge for which the UK has provided a reciprocal guarantee with these countries is in respect of voting rights for Britons in Spain and Portugal.

As for the other citizens’ rights protections, the Spanish foreign minister expects they “will be met with reciprocity by the British government.” But the main hope is that it never comes to this. Mr Borrell claimed his government was willing to “do everything we can to make [them] unnecessary” by avoiding a no-deal Brexit. “We hope this never has to be used” he said.

Similarly, Portuguese Foreign Minister, Augusto Santos Silva, confirmed “our objective is to avoid a disorderly exit (of Britain from the European Union.)”

In France, the Europe minister, Amélie de Montchalin, agreed that “France doesn’t want ‘no-deal’” but confirmed “there are lots of scenarios where this ends badly. So we’re ready.”

EU’s chief Brexit negotiator Michel Barnier confirmed that “a no-deal Brexit will never be, never, the choice of the EU. But we are prepared.”

Next steps for British expatriates

UK nationals living in the EU should take personalised advice to establish what steps, if any, they still need to take to formalise residence and secure their family’s future in their country of choice.

Blevins Franks’ financial advisers have the cross-border expertise to ensure tax and estate planning, pensions, savings and investments are set up in the best way for UK nationals living in Portugal, Spain, France, Cyprus, Malta and Gibraltar – before and after Brexit.