News / The adhesive nature of domicile

The adhesive nature of domicile 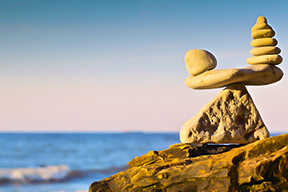 Understanding domicile is an important element of estate planning for British expatriates. The rules are complex and catch many people out

For British expatriates, understanding domicile is an important element of estate planning. It is domicile, not residence, that determines your liability for UK inheritance tax.

There are three types of domicile under English law:

Many British expatriates remain liable for UK inheritance tax as they keep their domicile of origin. The rules around changing domicile are complex and catch many people out.

Read more about the domicile rules

In a recent case, an individual was held to have acquired a UK domicile of choice even though she has not lived in the UK for over fifteen years, and the longest time she had ever spent in the UK was 18 months, around 20 years ago.

This shows the adhesive nature of a UK domicile, and that you have to lose both the intention and actually cease to live in a country to lose a domicile. It also proves that time itself is not a major factor in acquiring a domicile of choice – which is a positive factor for British expatriates who want to adopt a domicile of choice in their new country of residence. However, the judge did also point out that it is harder to prove loss of a domicile of origin than a domicile of choice.

This court case was specifically about domicile, as it was a divorce case and one of the parties needs to be domiciled in the UK, but the domicile principles are the same for tax and family law. Briefly, the facts are:

Overall, even though her presence in the UK had been some time ago and had not been for a long period, it was held that she had still acquired a domicile of choice in the UK, as she had done enough to make the UK her permanent home. None of her overseas stays had been of sufficient depth to acquire a new domicile of choice.

This does work both ways – clearly someone who has established sufficient intention and presence overseas can change their domicile of origin and replace it with a domicile of choice even if they only live in a country for a relatively short period. However greater proof is required when looking to see if the domicile of origin has been shed.

The courts appear to be looking practically at the position when considering domicile; however, it also shows how important the facts themselves are, as well as record keeping. The lady had post going back to the late 1990s showing a UK address and had subsequently used the address of the London home as her address for correspondence.

Domicile is a complex area of law. If you are looking to claim change of domicile, or if there is a significant amount of UK inheritance tax at stake, you should take expert advice specific to your circumstances. Whether or not you have UK domicile status, there are tax planning arrangements available to reduce your liabilities to inheritance and other taxes. An expert in this area will help you establish your domicile status, how inheritance tax interacts with Spanish succession tax, and what steps you can take to minimise unnecessary taxes for your heirs.