News / Are your funds suitable for you?

Are your funds suitable for you? 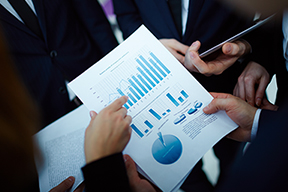 When choosing investments remember, if it sounds too good to be true it probably is. Investments can be riskier than they first appear. Caution is advised when choosing new, unusual funds.

When it comes to choosing investments remember, if it sounds too good to be true it probably is. Investments can be riskier than they first appear. Caution is advised when choosing new, unusual funds.

There are thousands of investment funds available to invest in. Besides the traditional ones that invest in equities, bonds and real assets, you may have seen funds advertised that sound more interesting and seem to offer better returns, ranging from schemes investing in foreign property to second hand life insurance policies. Unfortunately, being interesting or popular does not make them suitable, and you need to carefully evaluate the risks.

Funds which pool investors’ money in non-traditional scheme assets are known as Unregulated Collective Investment Schemes (UCIS). A variety of these schemes have been on offer over the past decade or so, particularly in the offshore market. Unfortunately, many of them have been suspended or liquidated, leaving investors without access to their capital or, worse still, facing heavy losses.

The UK’s Financial Conduct Authority (FCA) continues to have concerns about them. After noting that “consumers have lost substantial amounts of money investing in UCIS and similar products in recent years” it introduced rules in 2014 to prevent UCIS and certain close substitutes (such as Traded Life Policy Investments) from being promoted to the general public.

In theory, they should now only be promoted to certified high net worth investors, sophisticated investors and existing UCIS investors.

Even if you fit these categories, caution is still advised. “Sophisticated” investor funds tend to be complex with inherent risks. The sophisticated element is not always made clear to investors, so they may have little idea of the real level of risk they are taking.

It is difficult to do due diligence on these funds due to the nature of the holdings in many cases. The risks they carry are often disproportionate to the potential returns and they are usually completely unsuitable for mainstream investors.

Despite the rules, the FCA has seen evidence that ordinary members of the public are being sold UCIS, with some customers being advised to invest their self-invested pension (SIPP) into them. And of course the FCA is focused on the UK market; expatriates have to be extra careful.

The Traded Life Policy Investments mentioned above invest in life assurance policies, normally of US citizens – hence they are sometimes referred to as ‘death bonds’. Investors hope to benefit by buying the right to the insurance payments upon the death of the original policyholder. Most are sold as UCIS, but some take other legal forms.

Research by the FCA found levels of unsuitable advice when selling these funds. It advises that, due to a number of factors, these are high risk investments which can fail entirely. It is worried the market could grow and cause more investors to lose significant amounts of money in future.

Here is another example of the dangers of investing in unusual funds. We recently met with a retired couple in Spain who have lost around £100,000 investing in a sports betting investment scheme. They initially invested a little of their savings into the scheme, but when returns were good they moved more capital out of traditional investments into it. The scheme has now collapsed. According to a BBC article in December, it was promoted as offering huge, risk-free returns, and had £27 million invested in it.

So how do you choose investments?

The most important rule of investing is that your overall portfolio should be specifically designed around your personal objectives, circumstances, time horizon and risk profile – obtain an objective analysis of your risk profile. You should hold a diversified mix of assets as this will help reduce the overall risk of your portfolio. You need to keep all this in mind when considering a new fund, and how it fits with your existing holdings.

For most investors, plain vanilla is best. It is not just a question of sticking to tried and tested investment assets, but also of investing in regulated products which do not have complex, hard-to-value structures.

Regulation is very important when considering a fund. While most financial centres have a regulatory system, the level, quality and reliability varies across territories. You want to make sure that your investments are supervised by a body that is on a par with the UK’s Financial Conduct Authority, which is considered one of the best in the world.

It is just as important to evaluate the regulation of the adviser who is making the recommendation. Always speak to an experienced, trustworthy and regulated wealth manager, which carries out a high level of due diligence when recommending funds. They should carry the highest degree of regulation and only recommend authorised funds from highly recommended jurisdictions. They should take time to know you, and offer tailor made financial planning solutions, rather than just be trying to sell you a particular product.

It may sound like a cliché, but always remember, if it sounds too good to be true, it probably is.

All advice received from Blevins Franks is personalised and provided in writing; this artice, however, should not be construed as providing any personalised investment advice.