2019 tax news for the Canary Isles 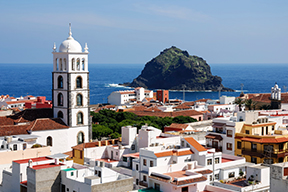 The start of a new year is also the start of a new tax year in Spain, so what tax changes are there in 2019 for those resident in Tenerife, Lanzarote, Gran Canaria, Fuerteventura, La Gomera, La Palma and other parts of the Canary Islands?

While Spain’s central government is still debating the state budget for 2019, the local Canary Islands government has approved its budget for the year. There is some good news in relation to income tax and succession and gift tax.

These are just the regional half of the income tax, as they need to be added to the state rates to reach the total rates payable in the Canary Islands for 2019 income. In 2018, the lowest two state rates were 9.5% and 12%.

The rest of the regional brackets remain the same (up to 24%, this top rate applying to income over €90,000) and they all need to be added to the state rates to arrive at the final applicable income tax rates for residents of the Canary Isles. The top state rate was 22.5% in 2018.

In 2016, a 99.9% reduction for succession and gift tax was introduced for ‘group I & II beneficiaries’. This covers spouses, children and other descendants (i.e. grandchildren, etc.) and parents and other ascendants (i.e. grandparents).  For these groups it applies to both inheritances and lifetime gifts, but for gifts the donation has to be completed using a public deed.

Now, from 1st January 2019, this 99.9% relief has been extended to ‘group III beneficiaries’. This includes brothers and sisters, nephews and nieces, cousins, and aunts and uncles. It can also include some in-laws and step-children in certain circumstances, but this has to be reviewed on a case-by-case basis.

Note that for group III beneficiaries, the relief only applies to inheritances; it does not apply to lifetime gifts.

The special Canary Islands’ VAT known as IGIC has been reduced from 7% to 6.5%.

It has always been important to understand the different Spanish criteria that make you resident here for tax purposes and follow the rules correctly.

We have been informed by different tax lawyers in Spain that they have recently seen an increase of inspections on tax residency, particularly for wealthier people. In some cases, the individuals were only spending very few days in Spain, but the Spanish Tax Office is arguing that Spain is their centre of economic interests, which would make them Spanish tax resident.

So it is worth remembering that tax residence in Spain is not just about day counting. Other factors may have a substantial relevance, depending on the circumstances, even if you spend much less than 183 days a year here.

Blevins Franks have an in-depth knowledge of the Spanish tax rules and how they interact with the UK ones. Contact us if you wish to clarify your tax position in Spain, or discuss effective tax planning solutions for both Spain and the UK.