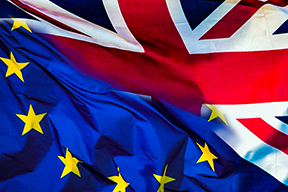 A deal to delay the full Brexit transition for another 21 months is reassuring for expatriates, but the clock is still ticking to get ready in time.

The UK and the EU have agreed to delay the full effects of Brexit until after 2020.

A joint statement on 19th March announced that a 21-month transition period would start from the date the UK formally leaves the EU on 29th March 2019.

For Britons looking to move to Europe, this extends the cut-off date for establishing residency and locking in current benefits in an EU country to 31st December 2020. For those already living there, this offers an extra 21 months in which to bolster your position by building up residency history.

What happens during the transition?

The proposed transition effectively ‘pauses’ Brexit to enable citizens and businesses to prepare for incoming changes. During that time, very little is set to change. UK nationals will have the same freedom of movement and access to benefits as today, as will EU citizens in the UK. Freedom of goods, capital and services between the UK and EU will also continue until the end of 2020.

The UK government will remain bound by EU and single market rules throughout the period but will lose its voting rights and cannot participate in EU decision-making. The UK also becomes free to negotiate trade deals outside the EU within the transition period, although they cannot take effect until 2021.

While 21 months falls slightly short of the two-year period requested by the UK, the EU insisted upon this deadline to tie in with the end of the current EU budget period. Unless a further extension is agreed, the new rules for a post-Brexit world – to be formally agreed through the final withdrawal agreement – are due to come into effect from 1st January 2021.

What does this mean for expatriates?

EU chief negotiator, Michel Barnier, confirmed that UK citizens “who arrive during the transition period will receive the same rights and guarantees as those who arrived before the day of Brexit.” He also announced that both sides had reached “complete agreement” on citizens’ rights after Brexit.

While this proposed grace period is reassuring news, nothing has been finalised. Even if it goes ahead, the clock is still ticking for expatriates to get ready in time.

To secure the right to remain and access existing benefits post-Brexit, UK nationals need to be “lawfully residing” within their EU country of choice before the cut-off date. Those planning on relocating should do so as soon as possible to maximise their time in that country. Those already there who have not acquired permanent residency – available after a period of five continuous years – should take steps to formalise their residency status as soon as possible.

Although December 2020 seems a long way off, the risk of being caught in an administrative backlog for residency increases as the deadline draws closer. It is advisable to make use of the 21-month transition as an opportunity to ramp up the time spent as a settled resident rather than as a window to apply for residency.

Of course, as with everything Brexit-related, Barnier’s mantra of “nothing is agreed until everything is agreed” applies. The full terms of the withdrawal agreement – including the guarantees on citizens’ rights – have not yet been signed. The transition period can only go ahead if the full terms are agreed and ratified before the original Brexit deadline of 29th March 2019.

While around three-quarters of the divorce treaty has been agreed, issues still to be resolved include the Northern Ireland border and the exact role of the European Court of Justice in the UK. According to UK Brexit Secretary, David Davis, there is a joint commitment to honour the deal on the table. “While there is as yet no agreement on the right operational approach” he said, “we know what we need to do — and we’re going to get on with it.”

The goal for negotiators is to establish the future trade relationship and finalise the full terms of the UK’s withdrawal by autumn this year. This schedule would allow time for Parliament and the EU27 to ratify the deal before the official Brexit deadline next March.

In the meantime, expatriates should work to the shortest deadline possible to ensure their situation is as secure as it can be, whatever happens with Brexit over the coming months. Contact us for a financial planning healthcheck

Blevins Franks accepts no liability for any loss resulting from any action or inaction or omission as a result of reading this article, which is general in nature and not specific to your circumstances. Tax information has been summarised; individuals are advised to seek personalised advice.