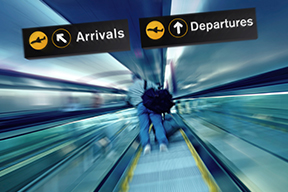 While government sources say expatriates will keep the right to transfer pensions in the EU post-Brexit, they admit the tax treatment may change.

We are often asked what will happen to UK pension rules for expatriates after Brexit and the reality is that no-one knows for certain – including the British government.

Reassuringly, last month the UK’s minister for pensions and financial inclusion, Guy Opperman, confirmed that expatriates will keep the right to make pension transfers within the EU, whatever happens with Brexit. However, another government figure has admitted that the tax treatment of overseas transfers could potentially change.

Today, EU residents are not taxed when transferring UK pension funds to a Qualifying Recognised Overseas Pension Scheme (QROPS) located in an EU/EEA (European Economic Area) country, such as Malta.

But transfers outside of the bloc have been subject to a 25% UK ‘overseas tax charge’ since March 2017 (unless you live in the same jurisdiction as the QROPS).

On leaving the EU, the UK loses its obligation to maintain freedom of movement for capital, offering more scope for the Treasury to recoup revenue from UK nationals living in Europe. As such, many spectators expect the overseas tax charge could extend to capture transfers within the EU/EEA post-Brexit.

According to economic secretary to the Treasury, John Glen, “whether or not these transfers will be exempt… once the UK leaves the EU is dependent upon the terms of future exit agreement between the UK Government and the EU.”

In any event, nothing is set to change until at least the Brexit due date of 29 March 2019. But without a guarantee that tax-free transfers will continue beyond then, it is sensible for anyone considering transferring to act sooner rather than later – especially as the process for pension transfers can take several months to complete.

And, while UK pension payments are usually made in sterling – and therefore sensitive to volatile exchange rates during Brexit uncertainty –  many QROPS offer multi-currency flexibility to hold and draw your funds in your currency of choice.

Funds transferred to a QROPS will also avoid the risk of a no-deal Brexit ‘cliff-edge’, in which some UK personal pension providers could lose the legal right to pay benefits to expatriates.

See more about transferring to a QROPS

However, transferring is not appropriate for everyone and differences between QROPS providers and jurisdictions could affect the tax benefits. Alternative investment structures could offer expatriates comparable benefits to QROPS, so take personalised, regulated advice to establish the most suitable approach for you.

Even if transferring is not right for you, with so much uncertainty ahead, now is the time to review your pension arrangements so you can secure the retirement of your choice in your country of residency, whatever Brexit brings.

Download our guide to pensions for expatriates in Europe

Summarised tax information is based upon our understanding of current laws and practices which may change. Individuals should seek personalised advice.