No extension to Brexit transition period 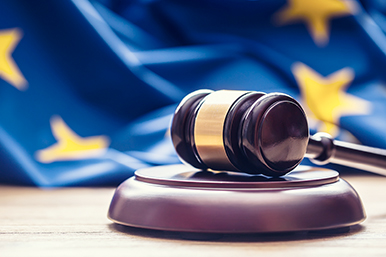 The UK government has confirmed that there will be no requested extension to the Brexit transition period. December 31 remains the deadline date for the two parties to reach new trade agreements – and effectively for British expatriates to review their situation and strategic financial planning. What do you need to do to secure your position?

Although the UK formally left the EU on 31st January, the transition period means that little has changed for citizens and businesses so far.  It was meant to provide 11 months for the two parties to negotiate the new trade deals that will determine their future relationship. Even under usual circumstances, many spectators argued that this was insufficient time given the scale of negotiations – and we now know that these are far from usual conditions.

When the coronavirus pandemic escalated, local health issues were naturally given priority. The UK had until 30th June to request an extension to the transition period, which the EU was open to, but on 12th June UK Cabinet Office Minister Michael Gove confirmed that they had informed the EU that they would not do so, adding “the moment for extension has now passed”.

Can we expect a Brexit deal?

While the talks resumed weeks ago, virtual meetings do not give delegates the opportunity to have side discussions which can help smooth out differences.  The talks held the first week of June finished without significant progress, with two major stumbling blocks being the level playing field rules (that Brussels says must underpin a trade agreement) and the fisheries policy.  If they cannot reach an agreement before the end of the transition period, the UK could leave the bloc without a trade deal.

In a joint statement, the parties noted the UK’s decision not to request an extension. They acknowledged that talks had stalled after four rounds and agreed that “new momentum” was required. Talks will intensify in July “to create the most conducive conditions for concluding and ratifying a deal before the end of 2020”.  Five rounds of face-to-face meetings have been pencilled in for July and August.

Speaking following the meeting, Boris Johnson said: “It’s very clear what we need to achieve, I don’t think we’re actually that far apart, but what we need now is to see a bit of oomph in the negotiations… the faster we can do this the better, we see no reason why you shouldn’t get that done in July.”

What do you need to do now?

The clock is fast ticking down to the end of the transition period, where a no-deal Brexit remains a possibility, so now is the time to review your situation and strategic financial planning and take action where necessary.

If you are not yet officially resident in your chosen country, you need to take all the necessary steps before the end of the year. UK nationals who are lawfully settled in an EU state before the transition deadline can lock in a lifetime of citizens’ rights under the UK/EU Withdrawal Agreement. These benefits are protected for as long you are resident in that country.

There are currently no protections for UK nationals arriving after 2020.

When taking up residence in a new country you will become liable for tax there, so you need to prepare for this too.

When it comes to the taxes you pay in your country of residence, there is no reason for anything to change post-Brexit as double tax treaties are independent of the EU. However, if a country already taxes non-EU assets or residents differently to EU ones, then you could be affected in future.

If you are considering transferring your UK pension into a Qualifying Recognised Overseas Pension Scheme (QROPS), if you don’t start soon you run the risk of paying a 25% tax.

Currently you can transfer to EU/EEA-based QROPS tax-free, but this could change after the Brexit transition ends. The UK has already brought in a 25% ‘overseas transfer charge’ for other transfers and has the means to easily extend this to EU/EEA transfers once it sheds its EU obligations.

Is time running out for tax-free pension transfers?

The first step, though, is to take professional, regulated pensions advice to confirm if a QROPS would be the best move for you, or if another option would be more beneficial for your circumstances.

It is also sensible to review your investment portfolio to ensure it is suitable for your life as an expatriate, and that you have suitable diversification in place and are not overweight in UK assets. You should also consider what is the best currency mix for you as a UK national living in Europe.

Will UK assets invite a bigger tax bill after Brexit?

It is worth talking to your local Blevins Franks adviser now, to make sure you have everything in place in plenty of time. Bear in mind that the procedures – particularly involving local systems, third parties and bureaucracies – can take time. And whether it is a matter of securing residence or checking your pension funds are in the right place for the future, it is likely that others will be making the same requests which may slow things up with authorities.

Acting now can make things easier later and give you peace of mind.

Blevins Franks accepts no liability for any loss resulting from any action or inaction or omission as a result of reading this article, which is general in nature and not specific to your circumstances. All advice received from any Blevins Franks firm is personalised and provided in writing. This article, however, should not be construed as providing any personalised taxation and/or investment advice. Summarised information is based upon our understanding of current laws and practices which may change. The tax rates, scope and reliefs may change. Individuals should seek personalised advice.