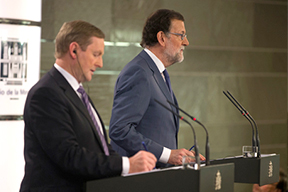 For British expatriates living in Spain and UK residents with Spanish holiday homes, Brexit presents much uncertainty. With Article 50 now triggered, we have to wait and see how the negotiations unfold to establish the UK’s relationship with the EU from April 2019 onwards.

While many of the provisions of the European tax directives should continue to apply to the UK, it is important to remember that the UK/Spain double tax treaty is independent of the EU. This agreement – designed to avoid double taxation and prevent tax evasion with respect to taxes on income and wealth – will continue to work as it does currently, regardless of Brexit.

But what of the possible impact of Brexit on Spanish direct taxation?

Personal taxes – residents
UK nationals resident in Spain should see no difference in their income tax bill as a result of Britain leaving the EU. However, Brexit will affect who pays Spanish ‘exit tax’ – the capital gains charge on a shareholding following a change of tax residency. As the law stands, this tax is deferred when the taxpayer moves to an EU/EEA country. However, the gain needs to be declared and becomes taxable if the shares are sold within ten years of leaving Spain or if the individual loses EU or EEA residency.

Once the UK is no longer an EU/EEA member, anyone returning to Britain with high-value shareholdings could lose the automatic deferment and become immediately liable for exit tax, as will many who have already returned. Only those who left Spain ten years before Brexit takes place can expect to avoid exit tax liability.

Personal taxes – non residents
Currently, non-residents in Spain receive less beneficial tax treatment than residents if they are based outside the EU/EEA. This includes:

Wealth tax
Non-resident taxpayers in Spain who are resident outside the EU/EEA will not qualify for the lower tax rates generally offered by the regional autonomous communities. Post-Brexit, if the UK is not part of the EEA, the more rigid state rules will therefore apply to Britons instead.

Succession and gift tax
As with wealth tax, if the UK is outside both the EU and EEA, UK residents would be subject to state rates instead of those available under the relevant autonomous community on lifetime gifts and inheritances. This means that many of the reliefs and allowances available regionally will be denied – often resulting in much higher taxes for beneficiaries.

What can we draw from this?
Ultimately, the tax treatment of UK nationals in Spain depends on the Brexit negotiations and how Britain’s relationship with Europe is defined.

If, under the final agreement, the UK is outside both the EU and the EEA (and no equivalent arrangements are in place), Britons are likely to face more punitive tax treatment in Spain. As things stand currently, UK residents with income and/or assets in Spain or those inheriting Spanish assets are on track to see an increase in their tax bill for income, wealth, succession and gift taxes.

However, in the meantime, Britain continues to be a full member of the EU. In any case, Brexit will not affect the existing double tax treaty between Spain and the UK to avoid double taxation.