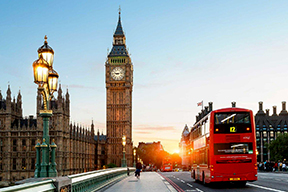 As the UK’s departure from the EU draws closer, advisers are trying to establish the possible impact on clients who have assets and real estate in Europe. One key area of concern is that the rate of capital gains tax (CGT) payable on the sale of a holiday home might significantly increase, as well as taxes on rental income.

The role of the EU in domestic taxation
Other than ‘indirect’ taxes like VAT and customs and excise duty (which have been specifically introduced through EU regulations), generally the EU does not have authority over tax issues within the bloc. ‘Direct’ taxes – like income tax, capital gains tax and corporation tax – should be firmly in the realm of a member state’s domestic legislature.

But in the last ten years, the EU has increasingly influenced the direct tax systems of some member states. The focus has not so much been on the adoption of EU tax legislation, but more the influence of the European Court of Justice (ECJ) in direct tax matters where it sees fairness as an issue.

Capital gains taxes for non-residents in Europe
In Europe it is quite common to impose more punitive methods of calculating gains or higher rates of CGT on disposals of real estate by non-resident individuals compared to residents.

In France, for example, where a resident would pay CGT on real estate gains at a rate of 19%, non-residents have been charged 33.3%. In Portugal, residents receive a 50% reduction in the capital gain and benefit from inflation on the asset’s cost after two years – reliefs which are generally denied to non-residents. And in Spain, CGT has been up to 35% for non-residents.

CGT challenges from the European Court of Justice (ECJ)
The ECJ gets involved whenever there is a perceived infringement, such as inequitable tax law. EU member states are obliged to accept all the consequences of an ECJ ruling and to implement them in their national law.

For UK residents who own holiday homes in France, Portugal and Spain, the ECJ’s involvement has resulted in some positive outcomes. ECJ’s rulings have ensured that non-residents enjoy the same methods of calculating gains and the same, lower rates of CGT as those that apply to residents on property disposals.

An ECJ ruling forced France to amend its tax legislation so that from 1 January 2015, the CGT rates applying to residents and non-residents living in the EU were aligned at 19%.

An earlier ruling saw Portugal revise its legislation in 2008. Now, a non-resident living in the EU can opt to be taxed as a Portuguese resident on gains, thereby obtaining the same 50% reduction.

And in Spain, a 2014 ECJ ruling prompted the government to decrease CGT over two years to bring it on a par with the residents’ rate of 19% from 2016.

In 2015, the ECJ’s attention turned to French ‘social charges’, which are applied at a rate of 15.5% in addition to income tax and CGT on most forms of revenue to finance social security in France. This charge only used to apply to residents, but a few years ago the charge was extended to non-residents with French source rental income and gains on French real estate including British owners of French holiday rental homes. As a basic tenet of the EU is that individuals should not pay social security in more than one member state, the fairness of social charges were challenged by the ECJ.

As a result, in October 2015 France was forced to remove social charges for any non-resident residing in the EU with French source income or gains. This not only represented a huge reduction in government revenues, but also led to the repayment of social charges to EU residents for the previous two years.

However, France swiftly fought back by reallocating these revenues to cover ‘non-social’ government costs, and reintroduced social charges for everyone in 2016. So regardless of residency status, for now at least, social charges of 15.5% again apply on top of income tax for French rental income and capital gains. While this is again under review by the ECJ, there is unlikely to be any respite for Britons post-Brexit – despite ECJ rulings, the social charges always remained in place for non-EU nationals.

Other ECJ tax judgements: Spanish succession tax
Although tax legislation in Spain is determined at a central government level, the seventeen ‘autonomous regions’ have considerable leeway in interpretation. Succession taxes are an area where the differences in rules and rates applied to resident and non-resident beneficiaries vary considerably, with up to a 75% reduction applying to the estate tax liability of resident beneficiaries.

Following an ECJ ruling, from 1 January 2015 the rules and rates for residents and non-residents within the EU/EEA were aligned. The Spanish tax authorities are now in the throes of dealing with thousands of claims for refunds from non-Spanish resident EU nationals. However, the less generous state rules still apply for residents outside the EU/EEA, which may include British residents once Brexit takes effect.

The limited scope of the ECJ for Britons post-Brexit
Once Britain leaves the EU, it is likely that the ECJ’s efforts to address inequality in tax rates between resident and non-resident taxpayers will no longer benefit UK nationals. Unless Britain retains something akin to an EEA relationship with the union or negotiates similar rights, the higher, non-EU/EEA rates of tax and unfavourable methods of calculation could apply once more. Britons earning income or owning real estate in mainland Europe will need to plan for such a scenario.