News / Goalposts shift for Brexit deal but transition could extend

Goalposts shift for Brexit deal but transition could extend 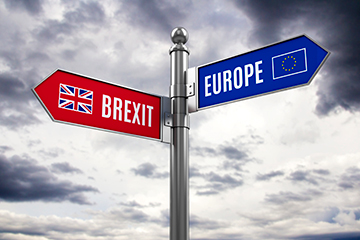 Brexit negotiations may be behind schedule, but the UK insists the deal is 95% done and keeps options open for a longer transition period.

Brexit negotiations may be behind schedule, but the UK government insists the deal is 95% done and keeps options open for a longer transition period.

In the original timeline for Brexit negotiations, the EU summit that took place in mid-October would have resulted in an agreed exit deal. Another meeting in November would finalise that deal before it passed through the UK and European parliaments in the new year, enabling the 21-month transition period to begin at 11pm GMT on 29 March 2019.

It is no secret, however, that negotiations are behind schedule. As things stand, no final agreement has been reached, with EU chief Brexit negotiator, Michel Barnier, stating both sides need “much more time”.

Having published ‘no-deal’ contingency advice for businesses, the UK government has now set a mid-November date for its own no-deal preparations, while stressing that such an outcome “remains unlikely”.

So what happens next?

The new timeline for agreement

The planned deadline for the EU27 to agree the UK’s exit treaty has now shifted to the last scheduled EU summit of 2018 on 13-14 December. However, there may still be a November summit if Prime Minister Theresa May can gather domestic support for her withdrawal proposals in time. If no agreement can be made this year, an emergency EU meeting in January is possible.

In any case, the UK treaty will need approval from an EU ‘supermajority’ – at least 20 member states representing a minimum of 65% of the bloc’s population.

The withdrawal agreement also needs to pass a “meaningful vote” in the 650-member House of Commons before being enacted in UK law through the House of Lords – a process that is set to take several weeks.

The final rubber stamping of the deal comes from the 751 members of the European Parliament. A vote has been tabled to ratify the treaty on 11-14 March 2019 – just two weeks before the Brexit due date. If this target is missed, the next voting opportunity is 28 March – the day before Brexit.

Deal or no deal

In the event that there is no final withdrawal agreement by 21 January 2019, the UK government must ask MPs to vote on a plan of action on how to proceed. This could propose an extension to the transition period, another referendum, or even endorsing a no-deal departure. It could also result in a vote of no confidence and potentially another general election.

So long as some kind of deal is in place before the Brexit due date of 29 March 2019 (as established by Article 50), the 21-month transition period will begin that day, delaying the full effects of Brexit until 1 January 2021.

The transition period can potentially be extended with the agreement of all 27 member states – something both sides have touted as a possibility.

If there is no deal at all by the March 2019 deadline, the UK will immediately leave the EU without a transition period. However, the UK government has taken care to state that this outcome is both unwelcome and unlikely.

The Prime Minister insists that 95% of the exit deal has been agreed by both sides. In addition to the areas already agreed – including citizens’ rights, the divorce bill and the transition period – she claims the last three weeks have brought “broad agreement on the structure and scope of the future relationship, with important progress made on issues like security, transport and services”. She also confirmed co-operation with Spain on retaining Gibraltar as a UK territory.

However, the Northern Ireland customs border remains the “one real sticking point”, with the Prime Minister rejecting the EU’s proposed “backstop” to treat the country differently to the rest of the UK.

In order to gain space to resolve this issue, Mrs May has admitted she is prepared to extend the transition period for a few months into 2021.

“If at the end of 2020 our future relationship was not quite ready – the proposal is that the UK would be able to make a sovereign choice between the UK-wide customs backstop or a short extension of the Implementation Period.”

According to Jean-Claude Juncker, President of the European Commission, an extended transition “will probably happen”.

During a transition period, freedom of movement for citizens and access to benefits such as healthcare will remain as today. But once the UK is fully outside the EU, Britons are on track to be treated as third country nationals instead of EU citizens. In the case of a no-deal Brexit, this can still potentially happen as early as 29 March 2019.

With the genuine possibility that the UK withdrawal deal may only be confirmed the day before Brexit, there is great risk in being complacent or playing the waiting game.

For Britons wishing to stay in an EU country or move there permanently, it is essential to build up proof of residency for as long as possible before the original Brexit deadline and get your affairs in order now as an EU citizen.

Find out more in our Brexit guides for expatriates