News / What Brexit answers do we have post-election and one year on from the referendum?

What Brexit answers do we have post-election and one year on from the referendum? 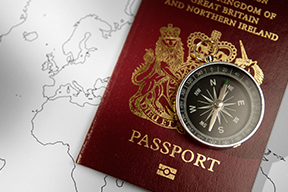 After the UK election and one year on from the vote to leave, do we know how Brexit may affect taxation, currencies and pensions for expatriates?

In the aftermath of the UK general election’s unexpected outcome, we reach the milestone of one year since Britain voted to leave the EU. But do we know more today about how Brexit might affect expatriates in Europe?

Has the UK election changed anything for Brexit?

Faced with a hung parliament as the Conservatives failed to win by majority, Theresa May secured support from Northern Ireland’s Democratic Unionists (DUP) to retain leadership.

The election outcome, however, is generally considered a public rejection of her hard-line “no deal is better than a bad deal” Brexit strategy. The big question now, then, is whether she will be able to pursue a ‘hard Brexit’ or yield to pressure for a softer approach. This could mean Britain keeps access to Europe’s single market and remains part of the European Economic Area (EEA) or similar arrangement, with some freedom of movement.

How long until things change?

By triggering Article 50 earlier this year, Theresa May put Britain on course to leave the EU on 29th March 2019. That deadline still stands, so EU membership and associated rights for expatriates living in the EU should remain until that date at least.

However, the nature of Brexit will only become clearer as negotiations develop. The Prime Minister intends for official discussions to start the week beginning 19th June.

Reassuringly, the 27 EU states jointly announced that securing reciprocal citizens’ rights to residence, work and healthcare is “at the very top of our agenda” as part of “an ambitious solution where those affected continue to enjoy their rights”.

Theresa May has made it clear she agrees, provided guarantees are mutual. The terms of new reciprocal agreements, however, could prove less favourable for expatriates than today. Now is the time to look into securing your position – before rules change – if you want to maintain current benefits.

Should you expect higher taxes?

With taxation being a domestic – not an EU – matter, the tax treatment for residents in France, Spain, Portugal, Cyprus and Malta should not change post-Brexit. Expatriates in Portugal currently enjoying tax advantages as non-habitual residents (NHR) can rest assured this will not be affected by Brexit. Where there are double tax treaties in place, these will continue to set the rules for taxing expatriates.

However, if the UK moves outside both the EU and the EEA – and no equivalent arrangements are in place – in some cases non-residents could face higher taxes. In Spain, for example, non-EU/EEA residents are charged higher income tax rates and cannot qualify for the generally lower wealth, succession and gift tax rates offered by the regional autonomous communities.

Also, some UK assets may be treated differently post-Brexit. In France, once UK bonds become non-EU assets, they will no longer qualify for beneficial tax treatment given to EU assurance-vie and capital redemption bonds. That means no fixed rates and no tax credit.

Another example concerns real estate. When selling a property in Spain or Portugal, you escape capital gains tax if you use the proceeds to buy a new home within another EU/EEA country. So once the UK leaves the bloc, Britons selling a home to reinvest into a British property may attract full capital gains tax charges.

If you are living in Europe, it may therefore be worth reviewing your residency, estate planning, investments, pensions and general tax planning options now, rather than waiting to see what rules apply after Brexit.

In these changeable times, the value of sterling is clearly vulnerable – the unexpected election news prompted the pound to drop 2% against the euro overnight.

Although currencies can swing both ways, if you have no choice but to convert from pounds to euros at a particular time – for example, by withdrawing UK pension income – this volatility can be costly. If you are living in Europe, you should receive some income in euros to reduce currency exchange risk. Look for structures that let you hold investments in multiple currencies or consider transferring UK pensions to arrangements offering currency flexibility.

What about UK pensions?

While Brexit should not affect accessing or transferring UK pension funds, one uncertainty is the annual inflation increase in State Pension payments. Not currently guaranteed for expatriates outside the EEA, this could be an easy way for the Treasury to save money in 2019.

The UK’s new ‘overseas transfer charge’ may suggest post-Brexit changes for private pensions. Expatriates transferring to Qualifying Recognised Overseas Pension Schemes (QROPS) may benefit from tax-efficiency, estate planning advantages and flexibility over UK pensions. But since 9th March, transfers to QROPS outside the EEA attract 25% taxation unless you live in the same jurisdiction – and liability lingers for five years.

Currently, this does not affect transfers to QROPS based within the EEA, like Malta or Gibraltar. However, Brexit offers the Treasury more scope to recoup revenue from Britons in Europe, so could prompt further penalties on pension transfers or make it harder to take advantage of today’s high transfer values for ‘defined benefit’ pensions. Consider acting now under current rules, but take personalised, regulated advice to avoid pension scams and ensure a suitable approach.

With so much uncertainty ahead and current opportunities potentially expiring in around 18 months, now is the time to review your financial planning and explore your options. With the right strategy in place, you can plan accordingly as Brexit unfolds.

Any questions? Ask our financial advisers for help