The UK general elections and Brexit 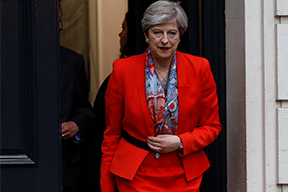 Brexit negotiations should start as planned in spite of the UK general election result. Expatriates’ rights are expected to be protected and tackled early.

The UK election produced a surprise result with no single party having the overall majority, but Theresa May soon announced she will run her government with support from the Democratic Unionist Party which (just) gives her an overall majority.

Mrs May and her government now face a lot of debate and political challenges, given that her party no longer has an overall majority by itself, but importantly in her statement in Downing Street on 9th June she stressed that Brexit negotiations will continue as planned.

On Monday 12th June, Brexit Minister David Davies said that the first Brexit discussions should start next week, though this may not be on Monday 19th June as planned.

The big question now is whether the Prime Minister will be able to go ahead with a “hard Brexit”, or whether ministers will now demand a softer Brexit policy. This could mean that Britain keeps access to Europe’s single market and so remains part of the European Economic Area (EEA).

Either way, the important issue of citizens’ rights is expected to be tackled early in the talks and Theresa May and her ministers have been consistent in saying that they will seek to protect the rights of UK nationals living in the EU. Specifically, they have stated that they are in favour of allowing EU nationals already living in the UK to remain, provided they receive the same guarantees for UK citizens living in Europe, which we see as important.

On 12th June, Mr Davies said he hoped a deal regarding this issue could be swiftly reached once the talks start. He told BBC radio:

“You have people worrying here in Britain that they can’t stay here, you have Brits living in Spain worrying they will not be able to stay there. The worries are unnecessary and they shouldn’t have them but we want to make sure they are dealt with as soon as possible.”

The EU has also made clear that this should be a priority due to the number of people affected and how serious the consequences of the withdrawal could be for them.

Both sides appear to broadly agree that Britons living in the EU and EU citizens living in the UK should keep their rights to residence, work and health care after Brexit.

A European Council press release on 22nd May stated:

“The first priority for the negotiations is to agree on guarantees to protect the rights of EU and UK citizens, and their family members, that are affected by Brexit. The EU27 insist that such guarantees should be reciprocal and based on equal treatment among EU27 citizens and compared to UK citizens. This should cover, among others, the right to permanent residence after five years of legal residence, including if this period is incomplete on the date of withdrawal but is completed afterwards.”

It may be some time before something tangible is formally agreed but we will continue to monitor events, and it is worth bearing in mind that key points we have previously highlighted still apply:

Blevins Franks are keeping a close eye on the Brexit negotiations, and will update our website with any key developments and the implications for expatriates and those planning to move to EU countries.  Sign up for our newsletters.

Any questions?  Ask our advisers for help.