New €1,000,000 reduction for inheritances in Andalucía 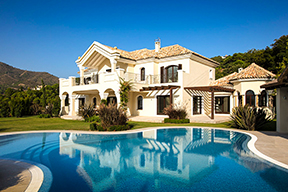 There is good news for residents in Andalucía – the region has gone from being the most expensive for inheritance tax to one of the cheapest.

When the new regional budget for Andalucía entered into force on 1st January 2018, it included a significant change for succession and gift tax. The aim of the regional government is to protect close family from this tax, especially on death transfers (i.e. inheritances).

A new €1,000,000 reduction has been introduced in Andalucía for inheritances (so not for lifetime gifts). It is in addition to the other reductions available (e.g. relative’s reduction, main home reduction, etc.) in this region.

The inheritance itself can be of any value, but the maximum reduction will be €1 million and anything above that will be taxable at the usual succession and gift tax rates (currently from 7.65% to 36.5% in Andalucía, with multipliers of between 1 and 2.4).

The €1m reduction will only apply if both the following two conditions are met:

1)  The beneficiary must be within Groups I and II (i.e. ascendants, descendants or spouse); and
2)  The beneficiary’s pre-existing wealth is no more than €1 million. If it is over €1 million at the time of the death, the new reduction is not applicable at all. For Spanish resident beneficiaries, worldwide assets would be taken into account for this purpose, but for non-residents only the Spanish assets would count.

Note that this is a variable reduction of up to €1 million. This means that the maximum reduction you can get is €1 million – this amount includes the other succession tax reductions already applied by the taxpayer (e.g. relative’s reduction of €15,956 for Group II beneficiaries, main home reduction, etc.).

The good news is that this is available for each beneficiary. So if you have, for example, three children, they could each receive up to €1 million tax free (providing they are not already worth over €1 million and the Andalusian rules apply to them on your death).

Any questions? Ask our Andalucía advisers for help

Here are some examples to illustrate this new reduction:

The new rules for lifetime gifts are not as beneficial as those for inheritances. However, there are two key reforms. In brief:

Do you and your heirs benefit from these new rules?

This is good news if you are resident in Andalucía and either receive an inheritance from a parent, or wish to pass assets onto spouses and children when you die. Unless your, or your beneficiaries, wealth is over €1 million you should now escape large succession and gift tax bills. The local government calculates that around 95% of Andalusian taxpayers will pay no inheritance tax in future.

However, caution needs to be taken if you have beneficiaries whose pre-existing wealth is over €1m because they will not benefit from the new reduction. Also note that this reduction only applies to those who are eligible to benefit from the regional Andalusian rules. If not, then the much more expensive state rules will apply.

If you have wealthy heirs, or wish to leave an inheritance to people other than your spouse and children, ask Blevins Franks for personalised advice on how you may be able to reduce their succession and gift tax liability.