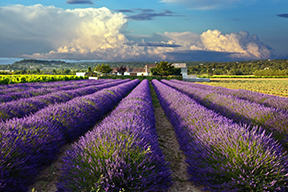 As we get older, many of us think more about the legacy we will leave to future generations; specifically, how and to whom our assets will pass on our death. For peace of mind, review your estate planning arrangements regularly to ensure your wishes will be fulfilled, taking account of regulatory reforms or changes in your family.

Estate planning is made more complicated for British expatriates by French succession taxes (which can be as high as 60%) and the ‘forced heirship’ succession law. Here we focus on succession law.

France’s Napoleonic code dictates how your assets must be distributed on your death. The key points are:

Provided you have a will, under French law your estate is divided as follows:

If there are no children (from current or previous relationships), the surviving spouse will be a protected heir and entitled to 25% in full ownership. This does not extend to PACS (civil) partners – the succession rights of PACS parties are considerably less than married couples. The rest of the estate is freely disposable according to your will, and so can also be left to your spouse.

Allocations if there is no will

If you have not made a will, it gets more complicated.

Where the children are just from this marriage, the spouse can choose between ownership of 25% of the estate or a life interest (‘usufruit’) to receive income of 100% of the estate. If the deceased has children from a previous relationship, the spouse only has the legal right to 25%.

Where there are no children, the spouse will receive half the estate in freehold, and the deceased’s parents the other half (25% each). If one or both parents have died, their share goes to the spouse.

With or without a will, provided a family home is owned solely by the couple, the surviving spouse has the right to claim to live in the property for the rest of their life.

How stepchildren are treated under French succession law

The problem many couples find in France is that if they both have children by previous marriages, then on the second death that person will not have (in Napoleonic terms) a bloodline to their ‘stepchildren’.

Unlike that person’s own children, the stepchildren will only get a small tax-free allowance and could pay 60% tax on any inheritance.

To illustrate, if Charles and Ruth each had a child from previous marriages – Charles’ daughter Jane and Ruth’s son, Alan – then if Charles died first, if Ruth then tried in good faith to leave 50% of the estate to each of Jane and Alan, Jane would suffer a much higher deduction to tax than Alan (as Jane had no bloodline to Ruth).

Careful planning is needed if you and your spouse have children by previous relationships to ensure what you wish to happen does happen, and is not usurped by the nuances of French succession law and tax.

Lifetime gifts are virtually reintroduced into the deceased’s estate and the assets divided based on this virtual estate – the ‘rapport’. If one child has been advantaged more than the disposable part allows, they have to compensate the others. Note that increases in value are taken into account.

A manual gift can avoid the rapport in certain circumstances, as can a ‘donation-partage’, a lifetime to gift to all heirs which can be unequal.

So UK nationals can elect for the relevant UK succession law to apply to their whole estate. You need to do this yourself, in your will, otherwise French law automatically applies.

Note that opting for UK succession law could have the unexpected consequence of making you liable for UK inheritance tax on your worldwide assets, as well as French succession tax (with any appropriate offset). If you have set up French arrangements to reduce succession tax, this could be undone if these assets become liable to 40% UK tax. Take time to weigh up what would work better for your family.

Your family can choose to enter into a pre-inheritance contract where one or more of your children agree to give up, or defer, some or all of their inheritance in favour of other persons.

Different ways of owning property in France can impact succession law and tax, so do your homework first. For example, inserting an ‘en tontine’ clause into the conveyance ensures the property will pass to the surviving tontine holder – but this option is only available at the time of purchase.

Unlike in the UK, there are different types of marriage contracts in France and this can affect how assets are owned. For example:

There are tax-efficient investment arrangements available that fall outside French succession law.

All in all, great care must be taken when setting up your estate planning in France. With complex, cross-border issues, this is a specialist area. Your estate plan must be tailored to meet your personal objectives and unique family situation.

Tax rates, scope and reliefs may change. Any statements concerning taxation are based upon our understanding of current taxation laws and practices which are subject to change. Tax information has been summarised; individuals are advised to seek personalised advice.